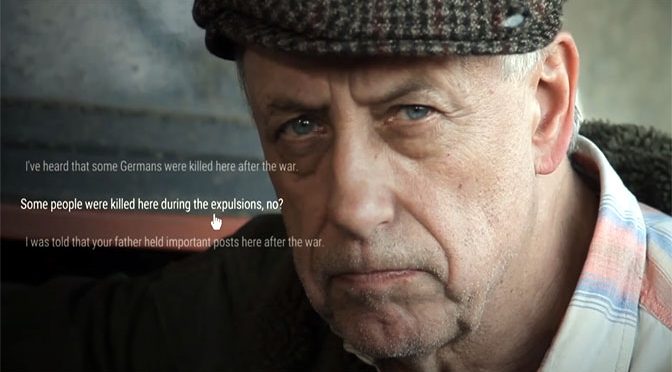 I reviewed Attentat 1942 before, so I had a good idea of what to expect when Svoboda 1945: Liberation hit my radar. I therefore knew that I wasn’t in for a fun ride, and while Svoboda is many things, it is not a fun game. However, don’t let that statement put you off from trying this little historical gem because the game is really a well-crafted exploration of how trauma shapes our perspective. That perspective, in turn, forms not only how we move forward from that trauma but also shapes how we define such large concepts as justice or fairness. 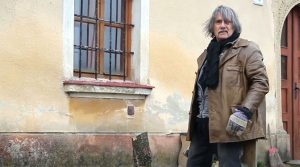 You play a young researcher sent to Svoboda to evaluate whether or not its school should be granted landmark status, which would safeguard it from demolition by the village’s chief entrepreneur. However, not everyone in the village, even beyond Klepal the Businessman, wants to see the school preserved. You interview members of the community in order to “survey the school” and discover that the school has borne witness to the horrors of World War II’s aftermath. One of the men residing in the school, Mr. Vlk, is a Volhynian Czech, repatriated after the war with the promise of farmland. Mr. Klepal is the son of a communist functionary who spearheaded the collectivist movement that eventually took control not only of Vlk’s farm but also of the now mayor’s family homestead. Complicating matters further, a former victim of the expulsion of the Germans arrives to show her granddaughter the place where she was born, dredging up old wounds. You must navigate this incredibly complicated history to determine whether Svoboda’s schoolhouse will become a museum the way the erstwhile teacher wishes or additional business space that might enrich the village’s economy. 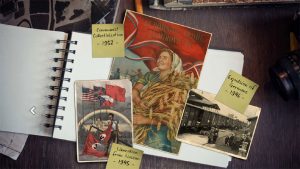 You play Svoboda by interviewing various village residents who actually speak to you via full motion video based on the dialogue option that you choose. Some of those options will result in “flashbacks,” animated comics through which you click to relive the character’s memory while others occasionally drop you into a mini-game. Frequently, actual footage from Czech historical archives will replace the character’s video, leaving only narration. As a result, the game experience tends more toward an interactive documentary than a game as we usually conceive of same.

Remember when I said that Svoboda is not fun? It’s not meant to be. Just as Attentat 1942 took on the Nazi occupation and the resulting Holocaust, Svoboda revisits the bloody aftermath of the war and the complicated rise of communism all within the microcosm of this one, tiny village. Vlk presents the struggles of the Volhynian Czechs, about which I knew nothing. The Mayor relates how collectivism destroyed her father when Klepal’s father eventually forces him to relinquish ownership of the family farm. The amateur historian relates an awful story about casual German violence, but Anna’s story of her experiences during the expulsion provides a significant counterbalance. Klepal shares his memories of the death march that came through the village and its aftermath, but another character offers a glimpse of the horrors at Postoloprty. Meanwhile, Jakub Hein visits to scrub the Swastika off his grandparents’ tombstone and seems to represent a little of everyone: Czech, ethnic German, and Jew. 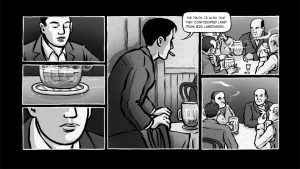 What Svoboda 1945: Liberation does best is layer all of these narratives together in such a way that no one narrative is granted more weight than any other. Attentat 1942 presents a much more linear storytelling experience, but Svoboda shows you just how intertwined each of these stories is. Everyone you meet during the game’s roughly hour and a half of playtime has lost something. Some characters have watched friends and neighbors die. Others lost parents. Some lost land and purpose. Most importantly, however, each character’s unique perspective on the events that have so traumatized the village presents another side of the story. Svoboda eschews making moral judgments and assigning virtue to any given faction. Each character tells you his or her story as they perceive it, and while their perspectives inform what they consider just and right, it’s up to you to make of it what you will. 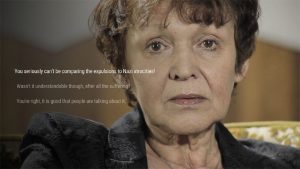 Both Svoboda and Attentat 1942 excel at providing a personal context to these events by bringing you face to face with fictionalized representatives of the survivors of truly horrific events. However, in Svoboda, the minigames really drive home that experience. At one point, you select items to pack for your forced trip to Germany, and what you have to leave behind haunts you as much as the few items that go into the suitcase on the floor. At another, you enter a farming sim whose parameters—national quotas, seizure of resources—are shaped by actual Communist policies in the late forties and fifties. Winning as an independent owner is deliberately impossible, and no matter how long you last, the state eventually seizes your farm. 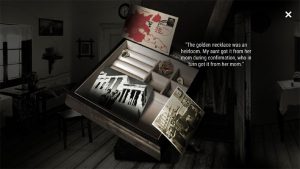 By the time you’ve completed the game, the question of whether to demolish the school feels immaterial, though it does impact what ending you get. That feeling highlights one of the game’s weaknesses. Part of your investigation reveals that your grandfather may have been implicated in some of the violence surrounding the wild expulsions. In Attentat 1942, your character’s family was the storytelling method by which the game explored the occupation’s history, but in Svoboda, I’m not persuaded that the game would have impacted me any less had the “grandfather” element been absent. I understand that it exists to personalize some of the guilt, but the game doesn’t really capitalize on it effectively. 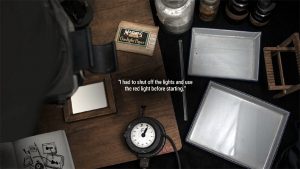 The same is true of some of the minigames. At one point, you develop film while a character narrates how the expulsion destroyed his family. The game involves measuring out developer chemicals and then timing the development of the photo. Narratively, the minigame builds toward a single statement, but by the time you’ve gotten to this point, you’re already aware of the reveal. Thus, the moment lacks the emotional impact it might otherwise have had. There’s also a card game that serves mostly as an additional vehicle of information transmission. Sure, it’s a nice break, but I don’t know that it adds much to the game experience. 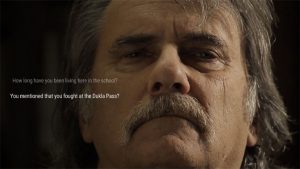 You can be rude enough to force a character to slam a door in your face, but that rejection is never permanent. The game requires that the door reopen in order for the character to continue the game’s historical info-dump. Some dialogue options will cut off other conversational avenues, and you can manage to miss a solid chunk of conversation by opting to speak to one character far too early in the game. Overall, however, the game doesn’t allow you to foreclose on any given avenue because the entire point is for you to learn about all of this history from these characters. In that sense, Svoboda offers less mystery than did Attentat 1942. 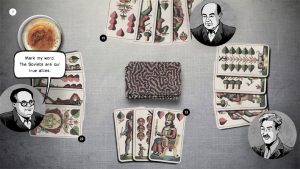 Despite those minor quibbles, Svoboda 1945: Liberation is truly a game that merits at least one playthrough. The game reminds us that while history may be written by the victors, sometimes, there really are no winners. There are only people and the stories they tell themselves in order to process their trauma. For some, like Jakub Hein, they can make peace with that trauma, but for many others in the village, there is precious little peace to be had. 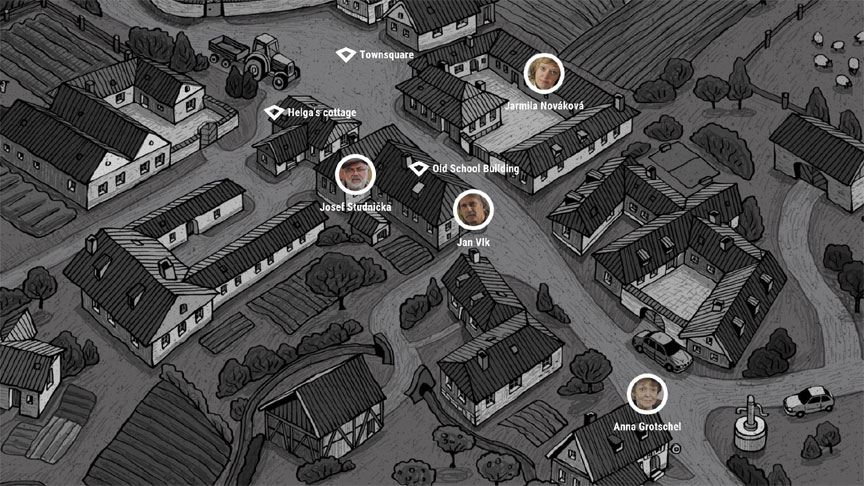