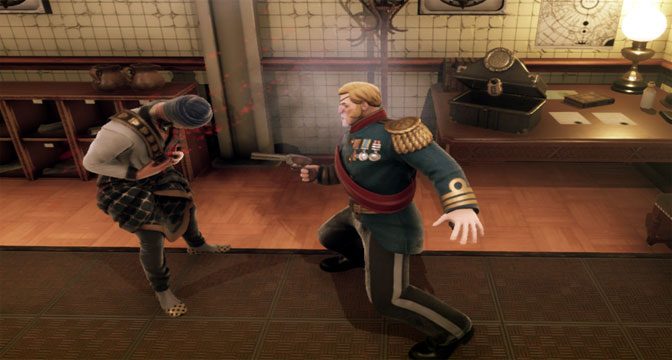 Murderous Pursuits is a game of digital tag. Set during a posh celebration on a cruise ship, your goal as a player is to be the life of the party by ending the lives of everyone else. Murderous Pursuits is the type of game for those who absolutely abhor dinner parties and wish they could take their frustrations out on other players. A player vs player type of affair that’s very much in line with the multiplayer from Assassin’s Creed and…well, the playground game of tag.

Extremely similar to The Ship: Murder Party (which would make sense since it’s the same publisher), is Murderous Pursuits worth your cash over just dipping into Prop Hunt, Assassin’s Creed, or even The Ship? Let’s find out. 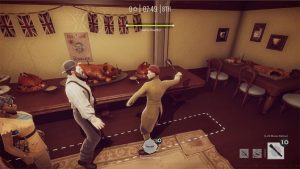 Murderous Pursuits is a Victorian-era game of stab-or-be-stabbed. A mysterious individual named Mr. X is the benefactor behind the party, assigning each player a quarry to kill and neglects to inform you of their identity. Eight players (or AI-controlled bots filling up the remaining slots, more on that later) are the ones placed on the map, but there’s a substantially higher number of non-player characters wandering about the cruise, generally enjoying themselves whom you are not supposed to stab. The elegance of the game lies in finding the players hiding among the myriad of NPCs and forcing them to meet the pointed end of your knives (or knuckles or whatever your character is equipped with at the time). 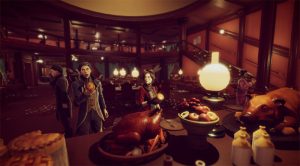 Each player has a quarry they’re hunting, and, in turn, each player has a hunter chasing them. It’s very exciting, at least when there’s a reasonable number of players involved in the game, and the activities you perform make you more or less likely to be found by other players. In order to find your assigned objective, an on-screen compass gives you a general vicinity of where your quarry is located, giving you indication of whether you’re moving closer or further away from your target, as well as telling you whether your quarry is above or below your current elevation. The compass is an integral component of Murderous Pursuits, and it’s essentially a hot/cold system. Once you find your target, it’s just a matter of pressing the E key- and if multiple players/AI notice one another simultaneously, it’s all up to who can press the E key the fastest. 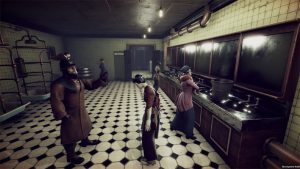 The activities players perform make them more or less visible to the other players present in each game. Moving around, attacking, etc., increases your exposure to other players which makes the compass of the player hunting you more accurate. There are specific areas, outlined with dotted white lines, where you can stay for a moment to lower your exposure in order to make it more difficult for your hunter to find you. These areas are locations like dancing with NPCs on the dance floor, sitting at the bar, and things of that nature. Bonus points are also granted to players who score a kill while their quarry is inside of one of these exposure-lowering zones, making it easier to come in first place at the end of the match. Players can also gain extra points by killing with specific weapons, getting kill streaks, and more, as well. 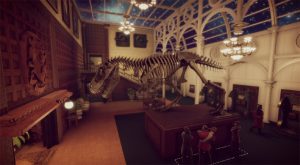 While the above systems are interesting enough, there are also ability skills players can select before beginning a game that can add a little more depth to how you play. A couple of these skills are absurdly powerful, to the point where a couple of them are almost game-breaking, at least as of this writing near release. The stun ability is stupidly strong, allowing you to temporarily incapacitate someone who got the jump on you. This also has the unfortunate effect of completely changing how players interact with the game, as players, instead of blending in with the environment and treating this as a type of stealth game, instead run around like squirrels on crack and just stun you if ever they find you. The counter attack skill is similarly powerful, allowing you to seemingly automatically counter an attacker and kill them instead while the aura from the skill is active. There are other skills, but honestly…they’re not worth talking about in relation to these two. 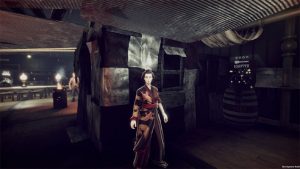 Unfortunately, because Murderous Pursuits is a very PvP-centric game, it’s entirely dependent on the number of players active in order for it to really have an impact. AI-controlled bots can fill in games where players are missing, but there’s just something missing when, around release, peak player base is only 30 or so people active in a 24-hour period playing this game. The bots offer up a reasonable enough challenge but they can’t perform up to the same standard as actual players. Many games played for this review were played with as many as five or six bots each and every game. 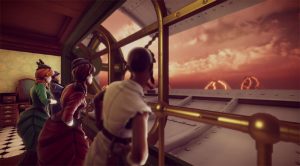 Overall, Murderous Pursuits is a very enjoyable game. If the game gets enough players to let you enjoy it, that is. There’s a severe imbalance in the skill system of the game where really only two of them are even worth considering over the others. With so few active players, a lot of those who purchase Murderous Pursuits may be left becoming more intimate with AI characters than most anything else. While the game is fun, the largest amount of fun is to be had with other people. If you can organize a group to play this game, it’s an absolutely great time with a lot of interesting mechanics that can keep you busy for some time once you add that human element of unpredictability. If not, it may be better to play Assassin’s Creed’s multiplayer, though if you’d be debating between Murderous Pursuits or The Ship Remastered, Murderous Pursuits is the clear winner, here.