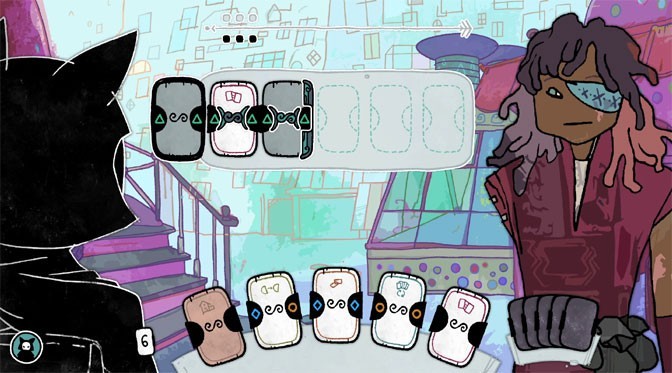 Signs of the Sojourner

Hey all I’m back with a pretty unique game for my review this time. It’s Signs of the Sojourner!

Plot: The plot is pretty basic, you can get through playing the game in a couple hours easily, but the main plot premise is that your mom used to travel in a trader’s caravan and sold various goods to help keep your town of Bartow running. But she’s now dead and its up to you as the player to take over the trade your mom left behind, and do it well enough that the caravan doesn’t decide to drop Bartow of their route. There are some mysteries and secrets, but for the most part that’s the basic premise of the game and its plot. 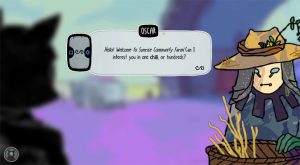 Gameplay: This plays a lot like a visual novel, in that you navigate conversations and situations to reach a desired ending, sometimes they’re good and sometimes they’re bad. The actual navigation of those conversations is where Signs get’s really interesting. See you play a deck of 10 cards to navigate a conversation, and each card has certain symbols or effects (like copying the previous card’s symbols).

Those symbols all signify a way to handle a conversation, where one character needs to be talked to in an empathetic manner, another prefers to be very straight forward and logical. The goal is to match symbols as much as possible in order to reach Accords and to move conversations along without messing up. 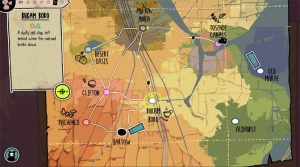 It’s a very interesting manner in which to play the game and the only downside to this very unique approach to a Visual Novel is that there’s only one save file. The most effective way to play Visual Novels, without resorting to a guide, that I’ve found is to use multiple save files to record progress in the game, usually I have one at the very beginning, and one after each major milestone, which in Signs would be after each caravan trip, and finally have two I use more frequently to navigate conversations in the way I want to proceed. Not having this as an option was a pain in the butt, but I understand why it is used, since you can only have one deck of cards and they change after each conversation, which lets you eventually plan out how to build your deck in order to converse with your desired partners for whatever information or goods they have.

In addition as you travel for longer periods you gain Fatigue cards, think reverse wild cards they don’t fit with anything except the actual wild card. These Fatigue cards are added automatically, these only go away after you return back to Bartow. Having the ability to plan ahead immediately in a single playthrough isn’t what the developers wanted, and so they allowed only one save file. I understand the logic behind this choice, but I still don’t enjoy it. 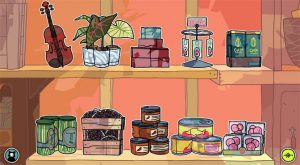 Art: The art is very caricaturized, but it’s in a consistent style that isn’t too jarring on your eyes. It’s not amazing artwork, but it’s not terrible either and it does lend itself to the various characters very well.

Music: The music is pretty forgettable, but it’s not so bad as to make me want to mute my Switch or take off my headphones to avoid listening to it either. 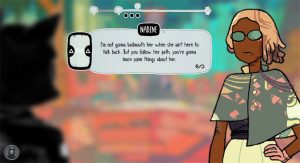 Overall: A pretty fun game, that while it has some flaws, is fairly easy to pick up, but is nuanced enough to allow for multiple play throughs.

Not for those who don’t like: Either of the above, or the lack of multiple save files.