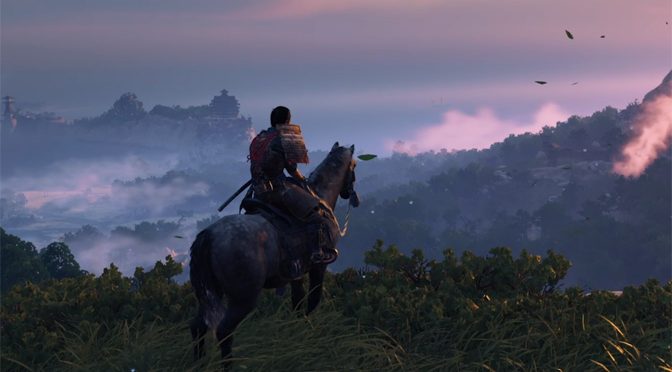 During the pandemic, I’ve found myself deeply engrossed in open world single player games. To that end, since March, I’ve played The Outer Worlds and Horizon Zero Dawn and now I’m playing Ghost of Tsushima. And by play, I mean sucking the life out of all those games. I’ll start off by saying that as great as The Outer Worlds and Horizon Zero Dawn are, Ghost of Tsushima is even better, especially in terms of pulling you into a completely different world. 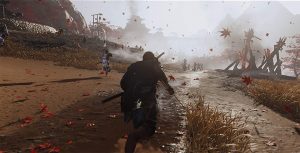 Ghost of Tsushima takes place in feudal Japan on Tsushima island (an actual island off the coast of Japan) and the game could not be more beautiful. The Ghost of Tsushima mechanics are so well done that there is nothing to distract you from the immersive experience. Instead of a typical HUD, you select your destination on a map and then the wind guides you to that location. Alternately, you can follow foxes or golden birds to interesting places.

Don’t feel like going anywhere specific, just walk or ride your horse around and enjoy the island, stopping occasionally to sink your sword into the head of a Mongol invader. FYI, that M rating is mostly for violence and it’s not kidding. The sword play is complex and gory and burned bodies and random murdered people pepper the island because the Mongols have not come for a tea ceremony.

Right, so the point of the game is that Mongol invaders have come to Tsushima as step one in their planned invasion of mainland Japan. 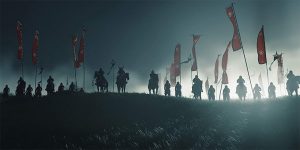 The samurai of Tsushima mount a defense in the first minutes of the game and it goes badly, so badly that only Jin (the player’s character) survives thanks to Yuna, a thief that pulls him from the battlefield and nurses him back to life. Jin is the son of a feudal lord and his uncle was captured on the battlefield. In Act I, Jin needs to rescue him, but there’s no hurry, because beauty. Jin has allies to make, haiku to write, baths to take, and Mongols to slaughter. Such a busy little bee, our Jin. 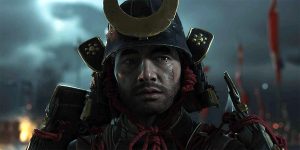 If you love open world games with lots of tasks, lots of gear, great side stories, and an interesting main story, Ghost of Tsushima has all of that, wrapped up in a beautiful package the likes of which are only available in Japan. Seriously people, Japanese wrapping is next level, go watch some YouTube videos on it if you doubt me.

There is also a multiplayer mode, although I don’t know how good it is, because I can’t be bothered with other people while I’m enjoying all this beauty, but if that’s your bag let me know how it is in the comments below. 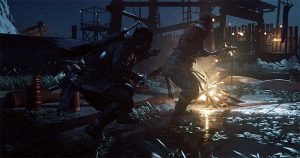 If the idea of learning a new combat system and new controls for a complex game seems too overwhelming right now, I will remind you of story mode. The game still offers some challenge but won’t up your frustration level in these times when none of us need any more frustration than we’re already experiencing. Besides, then you have the joy of a more difficult replay later when you know all the controls. 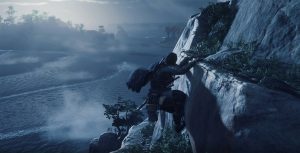 If you too need to lose yourself in another world for a little bit every day, sink into Ghost of Tsushima, like Jin into a hot spring, and let your cares melt away.

Ghost of Tsushima easily earns a 5 GiN Gem rating. It’s perfect score is because it’s a gorgeous open world (even on a PlayStation 4), has an engaging story, and is completely accessible to players of all skill levels.