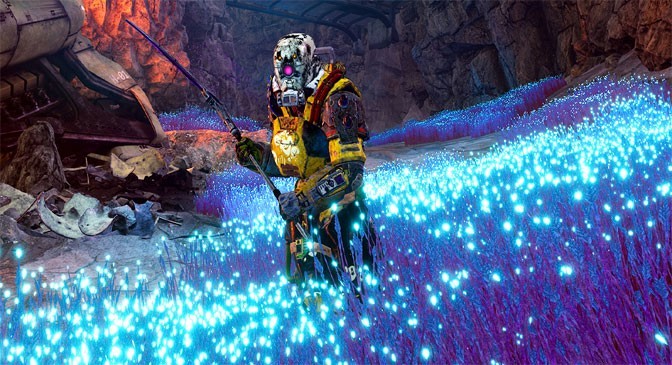 Last year we were treated to the surprise hit RPG and adventure game The Outer Worlds, which seemed to come out of nowhere. Developed by Obsidian Entertainment, it went on to win Game of the Year awards for Best Shooter and the Overall Best Game of the Year. It was edged out of the RPG Game of the Year category by equally unique Disco Elysium, but suffice to say The Outer Worlds turned out to be a very good game, with somewhere between 40 and 60 hours of gameplay depending on how many side quests and how much optional exploration players enjoyed. 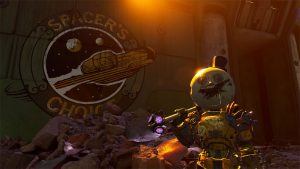 After that, nobody really expected anything from the series, until perhaps the inevitable sequel comes out at some point in the future. Well, Obsidian is all about surprises. They announced not one, but two additional downloaded content (DLC) packs for the core game. The first one, Peril on Gorgon, is available right now for every platform including the PlayStation 4 and Xbox One. And there is no BS exclusivity on the PC side for the DLCs this time either, so both Epic Games Store and Steam players can enjoy the first new adventure at the same time. 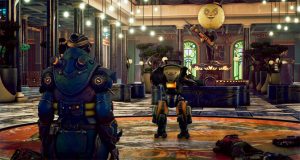 Peril on Gorgon is one of those DLCs that takes place in the middle of an existing game. That means that if you have finished The Outer Worlds, and you probably have at this point, then you will either need to load up an old save sometime before you completed the game (before the point of no return) or start a new character and a new adventure. I choose to start anew, and am glad I did since I got to relive all the great content that made The Outer Worlds so special to begin with. I’ve also noticed a few improvements here and there that have been made to the core game since last year, and like having a totally different character than I played before. I’m also trying to hang out more with companions that got the short shift last time. 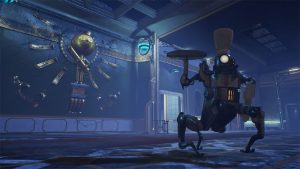 But anyway, players can jump into Peril on Gorgon after they have completed the Radio Free Monarch mission from the main game, which is the first real objective on the main quest line. Assuming you do everything in Emerald Vale, on the Groundbreaker and on Monarch, players should be around level 20 or so when first able to begin the Peril on Gorgon content. I was a little bit higher than that, but so long as you are about level 18, you should be fine starting the new DLC as long as you have acquired and then tinkered and upgraded some good weapons and armor.

In addition to the new areas and adventure, Peril on Gorgon raises the skill cap from 100 to 150 across the board. When you start to go above 100 you can eventually become a virtuoso at that skill, which gives you a large advantage or perk. For example, a virtuoso engineer can safely remove installed mods from armor or weapons when adding a new one. The level cap is also raised so that you can earn enough skill points to level up above 100. 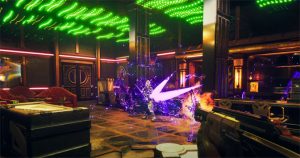 The plot for Peril on Gorgon is really good, though it kind of mirrors the Serenity movie more than a little bit, not that doing so is a bad thing. The Outer Worlds is kind of like the Firefly TV show anyway, so it makes sense. The DLC starts out with the delivery of a severed hand (holding a phonograph) and has the crew meeting with the mysterious heiress Minnie Ambrose, who wants to know what happened to her mother on the abandoned Spacer’s Choice facility on the Gorgon asteroid. It’s kind of an old fashioned mystery. 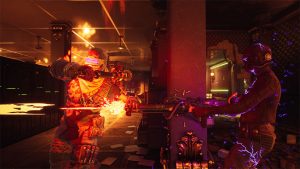 The gameplay itself consists mostly of exploring the caverns around Gorgon, some of the mostly abandoned towns, and the facilities themselves. There is lots of combat and some interesting, slightly different enemies than what you have faced before. There are also new weapons and of course lots of new people to meet, because the world is not completely abandoned or overrun by monsters and marauders. It also seems a lot more colorful in terms of graphics, like the developers were really using their experience from before to make everything look really amazing. The writing has also improved, not that it was bad before, but Peril on Gorgon is down right hilarious at points and very polished.

Honestly, there is not much difference between Peril on Gorgon and the core game. Everything is a little bit better in the DLC, but it’s still basically more of the same, perhaps with a little bit darker of a plot overall. Since we are talking about a Game of the Year title, getting more of the same with the DLC is pretty good. Just don’t expect any wild departures from the main title. If you loved The Outer Worlds, and most people did, then you should be thrilled with Peril on Gorgon and the eight to 10 additional hours of fantastic sci-fi gameplay, exploration, role-playing and combat that it offers.