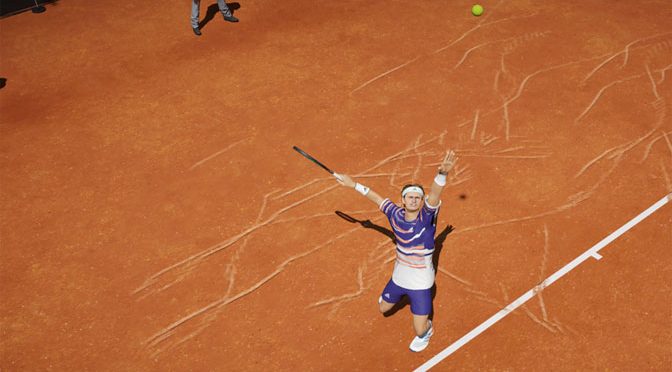 For years, I’ve written the same line about every tennis game I’ve reviewed: The last great tennis simulation was Top Spin 4, which released in 2011. There was so much to love in that game. The pace of play, the deep career mode, fantastic controls and sublime detail all blended into what still remains a terrific piece of game development nearly a decade later.

With Tennis World Tour 2, I was hoping the wait for a great tennis game was finally over. It’s not. In fact, it feels like we’re further away than ever. 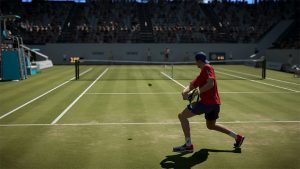 Everything about Tennis World Tour 2 feels off. Even the most fundamental function of the game — hitting a shot — is a wildly inconsistent experience. As has been the standard for tennis games for years, the four face buttons correspond to different types of shots: flat, top spin, slice and lob. Holding the button and releasing with the correct timing results in a powerful, accurate shot, while a single well-timed button press hits a shot that sacrifices power for even greater accuracy.

The problem is the game never indicates what the correct timing is, and even after repeated trial and error, it was extremely unreliable. What’s worse, player movement, which also affects shot precision, is a shambolic mess in Tennis World Tour 2. I lost track of how many times my player flat out refused to move, despite my inputting the directional command well before my opponent hit a shot. 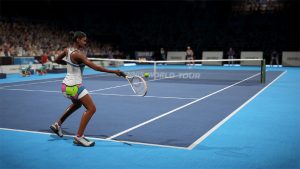 The timing issue also creates another massive headache. Incorrectly timing a shot increases the chances you’ll hit the ball long or wide. Early in career mode, this not only happens to your player frequently, but also the computer-controlled opposition. The result is matches with a few shots hit and then an unrealistic number of errors. It completely disrupts the flow of the game.

Serving is just as bad, if not worse. There’s a two-part timing mechanic that involves timing an input for the ball toss and then releasing at the height of the serve, all while aiming with the left analog stick. In principle, this system is a great piece of game design, but it’s horribly implemented. Even perfectly timing both elements of the serve, holding the analog stick too long will hit the serve out. At the same time, not holding the stick long enough hits the ball too close to the middle of the service box to be effective.

The end result is a serve that’s either out of play or that comes zipping back at you because your opponent didn’t have to move, and the margin for error between aiming too long versus not long enough is so fine it’s almost impossible to master. 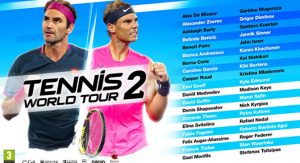 Gameplay isn’t the only problem, though. Tennis World Tour 2 features a system called skill cards, which are limited-use boosts you can apply to your character during a match. If it worked properly, this mechanic would be terrible because the cards are largely ineffective. As it stands, not only does the mechanic not work properly, it doesn’t even explain what’s happening during the game.

Skill cards can do everything from increasing shot power to improving serve accuracy, with multiple cards playable at once. But the AI opponents play them so quickly that you never know what cards they’ve activated, and there’s no indication because the cards only appear as icons, without any text to inform you what your opponent just did. Not only that, they seem to be inconsequential. On multiple occasions, the AI played several cards at once and promptly lost the point against me within three shots. You can disable them in exhibition matches, but there’s no option to turn them off in career mode. 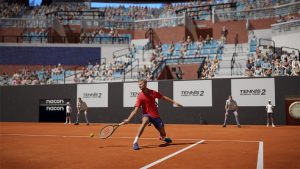 Tennis World Tour 2’s features don’t fare any better than its gameplay. The game’s character creator is so bare-bones it may as well have not been included. You have a handful of preset faces, hairstyles and other features, but there’s no way to customize a character with any real detail. Characters models look good enough but don’t really stand out because of the generic options. Again, it’s a shame to see such a lack of customization, particularly when Top Spin 4 had a wealth of options to make a character your own.

Once you do get through the character creation process, you’re dropped into an equally disappointing career mode, and if you want to play official tournaments, you have to pay for the DLC. With such stale, inconsistent gameplay, slogging through career mode and building your character doesn’t feel worth it. 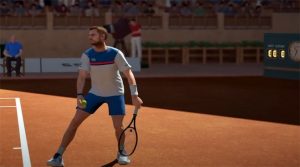 The game’s graphics are decent enough. The collection of roughly 40 professional players you can play as look good, but the game feels like it lacks life and energy. Much of that goes back to the gameplay, with long rallies being virtually nonexistent and the thrill of actual tennis eluding the experience.

The game’s audio is adequate. There’s nothing particularly good or bad here. Grunts, applause and the sound of the ball hitting the racquet make up the bulk of the sound effects. 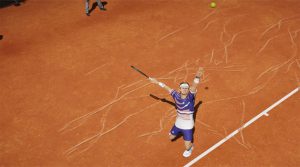 I’m left baffled by all of this because both Tennis World Tour games were made, in part, by veterans from 2K Czech, the studio responsible for Top Spin. There’s a pedigree for greatness in this studio, but that’s not been reflected in either Tennis World Tour game. Unfortunately, there hasn’t been a tennis game that can recapture the magic of Top Spin, and the wait for one continues.

One thought on “Tennis World Tour 2 Misses The Mark”