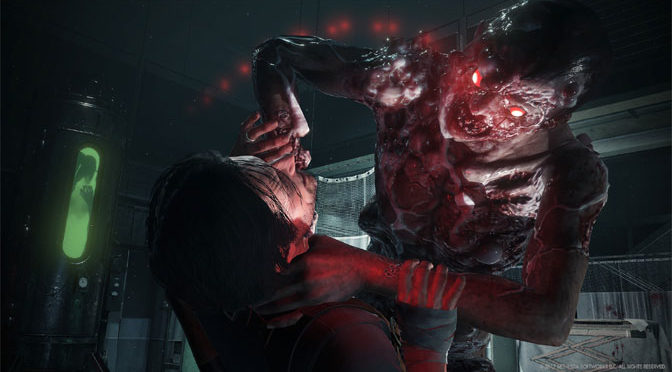 The Evil Within 2 picks up where the original left off, but other than having a deeper appreciation for the game’s world and storyline, there is no requirement or advantage to have played the prequel. In fact, given the tremendous number of upgrades present in The Evil Within 2, it might be best if players started here.

The game is solidly survival horror, yet doesn’t force feed players more horror than they can handle – which would tend to lessen the shock value over time along the lines of a DOOM 3 or Resident Evil 5. Instead, players are fed a good mix of exploration, combat, jump scares and plot-advancing moments to keep things moving along. In a way, The Evil Within 2 feels most like Silent Hill 3, where there are comparatively long sequences where you can feel relatively safe to contrast with frantic times when your life is very much in danger. You will always feel like you could be in danger at any moment, but won’t actually be faced with constant attacks. And the balance sets a perfect mood.

Check out our review of the original Evil Within game. 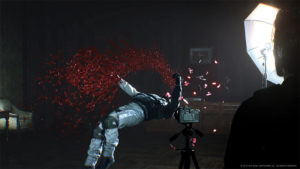 Like the original, The Evil Within 2 takes place inside an advanced virtual world that runs on something called the STEM engine. STEM can create extremely realistic looking, and feeling, virtual worlds. And although we never get to see one in top form, when everything is running properly, the worlds can be quite nice – at least according to the virtual memories we occasionally find floating around in there. The flip side is that when these STEM worlds go bad, they go really bad. And if you die inside the STEM, you die for real.

[amazon asin=B071WPL1L8&text=Experience an advanced survival horror adventure with a copy of The Evil Within 2 from Amazon…if you dare!]

The plot revolves around the evil Mobius Corporation that runs the STEM. Apparently, to properly control the STEM requires a central person, a core for that world. The core basically helps to stabilize the world, but it’s a demanding job, because the thoughts of everyone else who is living in the same STEM float through their head. As such, the game explains through captured e-mails that you can find on abandoned computers, that only two types of people can become a core without losing their sense of self, and thus ruining the STEM. The created world only works if the core is either an egomaniac with psychopathic tendencies, or a guileless child with a high degree of empathy. 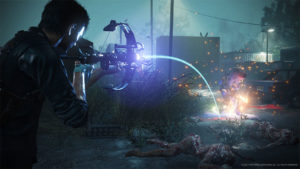 In the first game, the STEM core was a psychopath, and you can guess what happened. He took over the STEM and created a nightmare world that main character Detective Sebastian Castellanos fell into and eventually destroyed. Now Mobius is trying again, by kidnapping Castellanos’ daughter for a more perfect STEM 2.0 – now without a psychopathic overlord! Mobius fakes your daughter Lily’s death so that when the game opens, we find Castellanos drinking himself to death in grief over her loss.

But surprise, a Mobius representative tells you that Lily is alive! Unfortunately, you can’t just go all avenging angel on Mobius in a fit of rage just yet, because Lily is acting as the core of a that new STEM. Only she has gone missing somehow, abandoned her post, and the new world is falling apart. If you don’t go in and find her, she and everyone else trapped inside will die. Castellanos doesn’t want to work for his daughter’s kidnappers, but has little choice if he wants to try and save her. 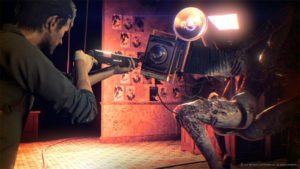 Without a core, STEM 2.0 is rapidly degrading, literally falling apart. As before, the original world running under the Lily core was quite nice. Mobius created a town called Union which is sort of a perfect version of an American heartland type of town, perhaps a bit of an ideal 1950s style look at the world. In any case, the weather was perfect, the citizens were huge fans of their hamlet (their memories from before are wiped, so they don’t know anything other than living in Union), businesses operated up and down the quiet streets and residents were entertained with all kinds of bars, theaters and restaurants.

Unfortunately, by the time you arrive, the place is a wasteland. In addition to earthquakes causing craters to form everywhere with vast chunks of land dislodging and floating up into the permanent nighttime sky, the people living in STEM have started to degrade into zombie-like monsters, driven to commit terrible atrocities against other non-affected residents, and Castellanos if they can get their dirty, clawed hands around his throat.

There are some good RPG elements present as well. Along the way Castellanos will find weapon parts and green goop, the latter from enemies he kills. You use the parts to upgrade the firepower, capacity, range and other aspects of weapon groups like shotguns, pistols, your sniper rifle and crossbow. 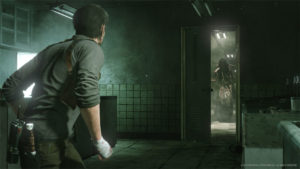 The green goop is used to improve your character. You can do things like upgrade your stamina so you can run faster, your combat capabilities so you can shoot more accurately, your stealthy acumen to improve sneak speeds and stealth kill techniques, plus a few other areas. Creating the best character to handle the horrors of Union however you want is a great customization that makes things much more fun. 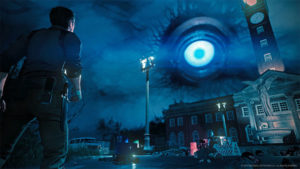 Unlike its predecessor, The Evil Within 2 is comprised of lots of diverse environments. When the game is playing at its best is when it’s serving up huge chunks of Union for players to explore at their leisure in an almost open-world format. This includes savaging for supplies, getting caught up in plenty of side quests, performing sneak attacks on monsters and gathering clues as to your next lead in the search for Lily. Some of my favorite moments in the game came from little adventures that had nothing to do with the main plot. I think I explored all the narrow alleys and dark corners of every open level, even getting surprised by Easter-egg type content that was not always easy to find. And because I was such an explorer, I had no trouble finding more than enough ammo and healing to get through the game. 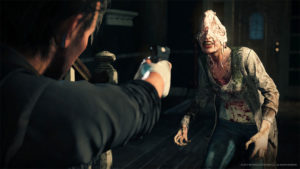 The game is at its worst when tossing you into tiny environments for arena-like combat against bosses or mini-bosses, something that particularly annoyed me because I had a solid stealth build on my character, but no opportunity to use those skills during boss-type fights. I would have liked the game more without them actually, but anyone can probably get through them eventually, especially if you open up your weapon wheel to force pause the game, look around, and try to use whatever limited strategy the arenas offer.

With a deep plot, lots of creepy exploration opportunities, solid combat mechanics, a good stealth engine and a convincing overall environment, The Evil Within 2 should be considered the next great thing in survival horror. Years from now, it will still retain that title and be ranked alongside the greats like Resident Evil 4 and Silent Hill 3. If you are searching for a frightening but fair adventure game, The Evil Within 2 stands ready to horrify you, in a good way.