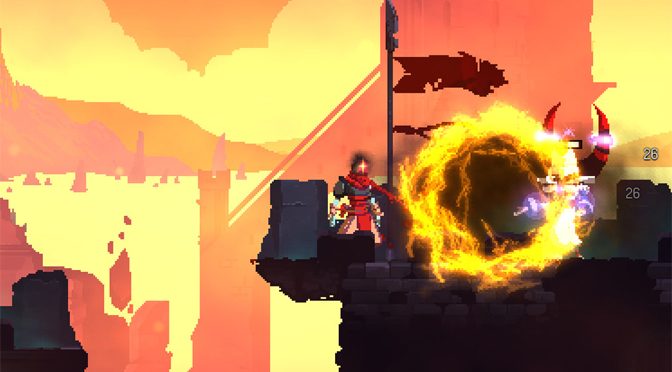 Dead Cells is a time warp. Every time I sat down to play for what felt like 20 minutes somehow caused three hours to pass. Smooth, fluid gameplay, gorgeous artwork, crisp sound and a steep challenge all combine to make Dead Cells immediately accessible while being impossible to put down.

A rougelike Metroidvania, Dead Cells starts players with a barebones selection of weapons to fight hordes of enemies and a handful of bosses until you reach the final fight. If you get that far. 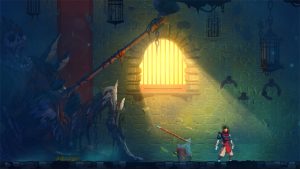 As you progress, you can unlock new weapons, powers and tools for exploration, thereby opening up new areas to discover. When you die (and it’s when, not if), you gain access to any permanent unlocks from that run to make your next one more successful. Pretty standard fare for games of the genre.

What’s not standard fare is Dead Cells’ approach to each level. While every area has certain set pieces, the majority of each level is procedurally generated. Shops, enemies, traps, power-ups, access doors and the like are almost never in the same spot twice. 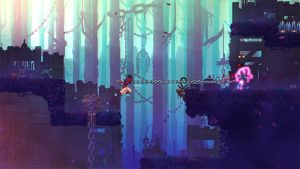 Yet even with the constantly moving parts, players should start to recognize a pattern to the different levels, which is good because Dead Cells rewards twitch reflexes and punishes anyone foolish enough to get distracted for more than a moment.

Most enemies telegraph their attacks with an exclamation point appearing over their heads. At that point, the safest thing to do is dodge, repositioning yourself while gaining a few brief frames of invulnerability. More often than not, the best course of action is to attack immediately after. Dealing enough damage to an enemy in a short period of time causes a stagger effect, generally creating an opening to finish the kill. 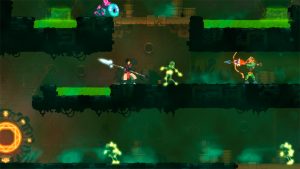 That said, misjudging any of your movements or timing almost always results in harsh punishment from Dead Cells’ maniacal enemies, and even the most basic creatures can inflict some serious pain. That’s where power-ups and unlocks come into play. Scrolls of power are one of the many items randomly generated throughout a level and are also dropped by enemies on rare occasions.

Dead Cells divides your attributes into three categories: brutality, tactics and survival. In oversimplified terms, brutality corresponds with melee, tactics affects ranged and magic abilities, and survival gives the largest health increase. When you pick up a power-up scroll, it allows you to allocate a point into one of the three categories, or in some cases, the game will only give you a choice between two of them. 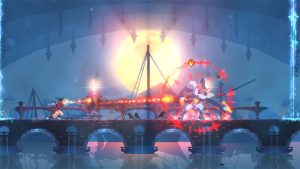 As you make your selections, it causes a few changes to your game. First, your damage for that particular skill will increase. Every weapon is affected by at least one of the three attributes, and most are affected by two. Dead Cells automatically deciphers your damage for a particular weapon based on which attribute is highest. For example, if you’re using a bow that’s affected by brutality and tactics, the game will recognize which of the two skills has more points in it and base the bow’s damage on that.

The second change that occurs relates to health — for both you and your enemies. In addition to increasing your damage, every time you add a skill point to a particular attribute, it increases your health slightly, but with diminishing returns for each point. As an example, your first point in brutality increases your health 50 percent. The next point you put in increases it slightly less. 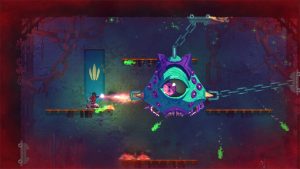 However, each attribute scales independently, so a single point in brutality won’t cause diminishing returns on health for tactics and survival. The mechanic creates a fine balancing act between maximizing damage and having enough health to get to the end game, which is important for one fiendish reason: Every attribute point you add also increases enemy damage, creating a finely balanced metagame that might have you second guessing whether you really need that extra bit of damage.

Figuring out how to place your attributes each run is a temporary choice, but Dead Cells also rewards player with permanent upgrades that wildly alter how the game unfolds. Discovering blueprints for new weapons and powers offers new gameplay styles, with players required to spend their hard-won cells on each new unlock. There’s no point in hoarding those cells either. Each death causes you to drop whatever loot you were hoarding, so spend it freely. 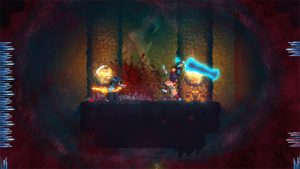 In the midst of the chaotic combat, metagame and cycle of dying only to try again, Dead Cells offers up a beautiful but grim aesthetic. From toxic sewers to fantastical clock towers that wouldn’t be out of place in a Tim Burton film, the game’s artwork and atmosphere are enthralling. On top of that, pop culture references and a frequent breaking of the fourth wall offer constant rewards for those paying close attention. And although the details need to be pieced together, there’s a rich, cryptic lore to be found in the unforgiving world you’re traipsing through.

The audio further enhances the atmosphere, with satisfying thwaks and clanging steel giving each attack a sense of force. An excellent soundtrack helps bring the haunting world to life as well, with more subtle effects playing a key role in immersing you in every level. 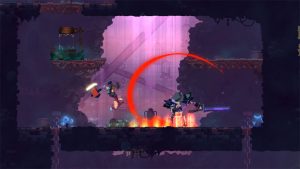 Dead Cells is flat-out difficult, but it’s the good kind of difficult. It punishes poor play, rewards skill, but most importantly, never makes you feel as though you’re stuck. Even the worst run nets you a little progress toward unlocking a new ability or understanding an enemy’s attack pattern.

More than that, Dead Cells perfects the itch to give it just one more go, and other than one run that caused a rare (possibly patched) game-crashing glitch, the only complaint I have about the game is that I lost a lot of sleep. I mean a lot. 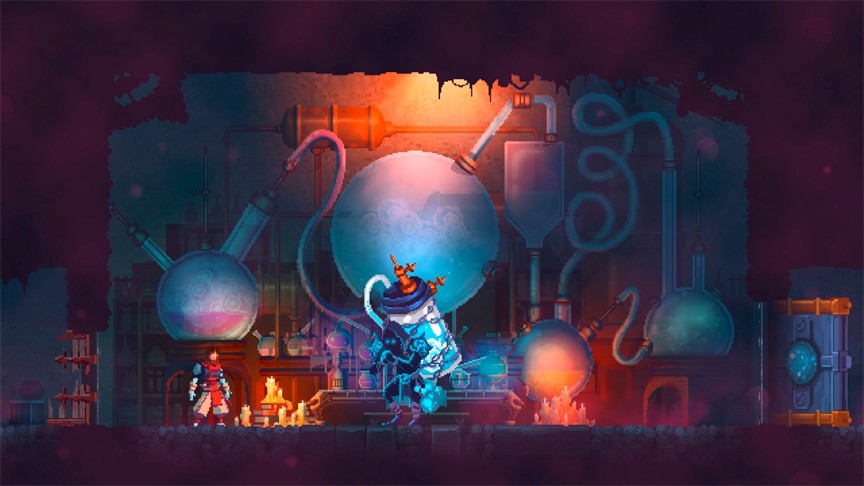