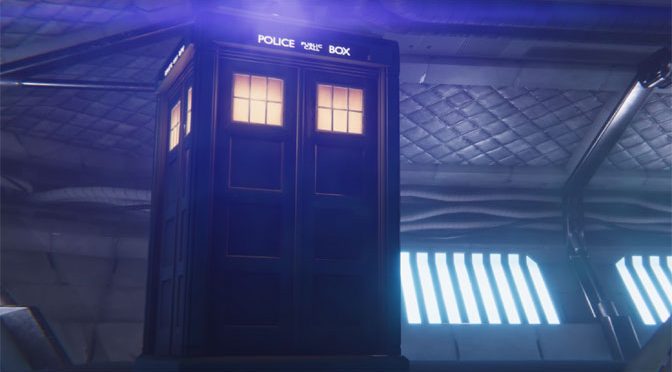 Doctor Who: The Edge of Reality

There are almost no television shows that have been running (on and off) for as long as Doctor Who. Although the series was rebooted around 2005, the first episode of the show actually aired back in 1963. The hook that keeps the show going is that the main character (The Doctor) is practically immortal, but regenerates into a completely new person every few years, or in response to traumatic events that would otherwise be fatal. This allows the show to continue without being tied to a specific lead actor.

The current Doctor is played by Jodie Whittaker, and she is also the first woman to play the role. As a big Doctor Who fan for many years, I rank Whittaker pretty high on my Doctor Who scale. She’s easily in my top three, although there have been no bad Doctors in my opinion. I’ve really enjoyed them all, though I have to put a plug in for my two favorites, Tom Baker (who played the role longer and more seriously than anyone else) and Sylvester McCoy, who emanated the perfect mix of irreverent humor and thoughtful plotting. Plus, McCoy’s main companion, Ace, played by Sophie Aldred, was an amazing bruiser-type complimenting McCoy’s more whimsical style. 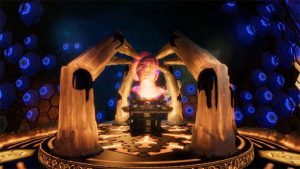 I brought up the current doctor because Jodie Whittaker is the star of the Doctor Who: The Edge of Reality game, which is currently available for PCs through services like Steam and also for all of the various consoles. I have to say that being directed and helped through the game by Whittaker was quite a thrill, and made me feel like I really was an official companion. For Doctor Who fans, that is not something to ever pass up. There is also a guest appearance by the Tenth Doctor, voiced by David Tennant (my wife’s favorite Doctor of all time). It’s definitely nice to see Tennant in that role again, however briefly. 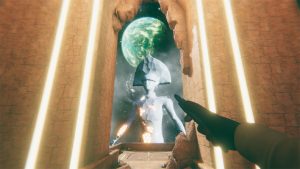 Unfortunately, the game itself is pretty subpar compared with almost any other modern title. The graphics are, sadly, very bad and also low resolution in places, with elements that would have looked more at home during the PlayStation 2 era instead of running on a modern-day console. At one point near the beginning of the game, I looked up to see “flying saucers” hovering around that looked like they came from a bad 1950’s sci-fi flick. The terrible graphics are not completely surprising given that Doctor Who: The Edge of Reality is a port from the virtual reality version of the game, Doctor Who: The Edge of Time, which was released in 2019. 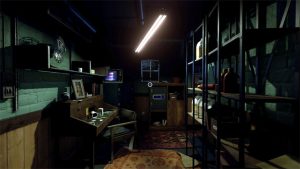 When you are playing a VR game, the graphics generally need to be scaled back. There are processing and rendering issues when trying to put all of that visual data into a headset and take into account the fact that you don’t know where the player is going to look. With a traditional first-person shooter type of interface, those issues are far less critical, which is why non-VR games generally look so much better than native VR titles. In this case, it looks like almost no effort was put into upgrading the game to look better and run more smoothly for the new platforms. 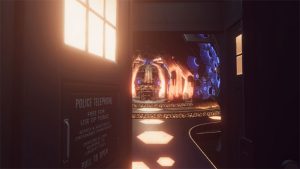 For example, the first time I went inside the TARDIS, I was almost giddy at the prospect of being able to pass through those sacred blue Police Call Box doors. But after walking around the little set for about a minute, I was really crestfallen that there was not more to it. In fact, the inside was almost NOT any bigger than the outside, which was a pretty sad revelation. 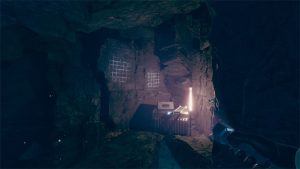 The restrictions of the original VR title are also evident in the puzzles and other challenges presented by the game. On the surface, they are just ridiculously easy. Mostly they consist of simply putting certain pieces of generic technology in the right place. Now, if I was wearing a VR headset and walking around “inside” the world, then using my hands to manipulate a puzzle or finding some small component hidden in the environment might have been interesting. But with a regular gaming interface, most puzzles took about 30 seconds to solve, and I was left wondering why the game even bothered to put those challenges in place.

The simplicity of the world (again, likely because of it originally being a VR title) also means that there is not a ton of content in the game. Even moving at a relatively plodding pace, you can easily finish up everything it has to offer in under four hours with almost no replay value. 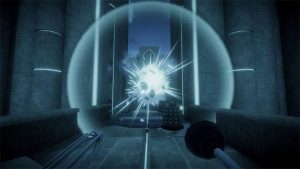 The truly disappointing thing is that the plot of the adventure is actually really grand. There is a reality virus that is bringing worlds together (and lots of traditional Doctor Who enemies like Daleks, Cybermen and the infamous Weeping Angels) while it’s also erasing existence. This gives a reason for the player to face all of those enemies and also adds a sense of urgency to the gameplay. 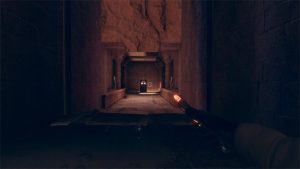 The problem I believe stems from the original decision to create a Doctor Who game that was VR only, and thus only playable by the few people who have invested a lot of money in setting up a VR gaming rig. But then when the game was ported so that normal people could also play, nothing was done to overcome the restrictions of the original platform. In fact, you will probably have a far better time with Doctor Who: The Lonely Assassins, which is a mobile title (and still playable on iOS and Android) that enjoyed a far better port to non-mobile platforms. 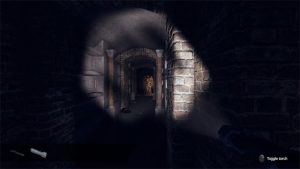 Being able to adventure with the Doctor is really the only saving grace of Doctor Who: The Edge of Reality. The game is pretty sub-par in almost every other way. Yes, Doctor Who fans can have a good time with it, but really, they deserve a lot better than what The Edge of Reality can offer.