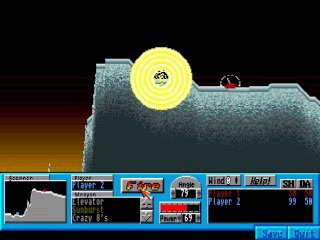 Back in the day, I owned an IBM PC and my friend owned a Commodore 64. I would rave about how my PC was so much more powerful than his Commodore. But then we would both by the same game, like Cinemaware’s Defender of the Crown, and guess what? It would look and play a lot better on his computer!

That example just shows how much thought was put into computer games by Commodore. Plus, there was a huge development community that made the games, so there was a large selection of different types available.

When the Amiga came out, it really was the first PC that worked really well for gaming. The graphics were great, the titles were innovative and that huge selection meat never getting bored.

But all good things must come to an end. The last Amiga that I personally saw was on the kitchen table of the house I rented back in college. One of the other guys owned the system and set it up so people could play. I spent many an hour between classes with Marble Madness as I recall. I am not sure what happened to that particular Amiga, but it was on its last legs at the time.

So what is someone with fond memories of their Amiga supposed to do? Enter Cloanto.

Today’s modern PCs are game platforms without a doubt. But they are also powerful machines with a fast processors. It would probably take twenty or more Amigas to equal the processing power of a single PC these days, simply because PCs advanced while Commodore sadly did not.

But this is a good thing. The PC is powerful enough that you can emulate an Amiga right on your desktop using Cloanto’s Amiga Forever version 6.0.

And unlike some clunky emulators I’ve seen, this one runs smoothly with little or no fuss from the user. Just pop the Amiga Forever 6.0 games CD into the drive and click to install.

The disc comes with some classic games including the much loved Ports of Call that was one of the first and most successful trading games, with a bit of piloting thrown into the mix, of all time.

And you are not just limited to the games that ship with the emulator CD. You can purchase entire game packs like Amiga Classix or the Assassins Compaq Disc that will give you hundreds and hundreds of games for your library.

In my review I played Scorched Tanks, Hannibal, Beneath a Steel Sky, Island of Lost Hope, The Adventures of Maddog Williams and many more. There are even a lot of obscure and controversial games on the disks too, like Child Killer, a text adventure game where you get mixed up in a kidnapping gone bad. Remember there were literally thousands of Amiga developers in the day, so you can find a lot of interesting games that would have never made it to mass market given the controls and limitations of today.

The graphics and sound are exactly as you remember them. There are options for exact sound replication, or you can try a few other options till you get it right. The interface for the engine is amazingly configurable. I got it to run fine on a computer running Windows 98 and another higher-end system running Windows XP.

Only once in a great while, say every 20 games or so, would the emulator choke when trying to run a game. Emulation is not an exact science, but this one is amazingly good. Looking at the Amiga Workbench screen, where you run games from, I really thought I was back in school sitting at that old kitchen table.

Whiptail is even making a special offer to readers of Gameindustry.com. And that’s you. If you go to this link http://www.softhut.com/cgi-bin/test/Web_store/cloanto_web_store.cgi you can purchase Amiga Forever 6.0 with Assassins Game CD #1 for just $59. To my knowledge, nobody else is being given both the emulator and an entire game CD for that price. Think of it as getting a Commodore Amigia and an entire game library for less than $100, because that is basically what is happening. And that helps peg Amiga Forever high in the value category.

The collection scores a high 4 + GiN Gems for creating a near-perfect and amazingly stable replica of one of the greatest game systems ever created, and for giving players access to a large and diverse library of titles.