Hello readers, I hope everyone is staying safe and not huffing Lysol spray to stay safe. Anyone who has been reading my recent reviews know I have been poking fun at the chief editor about a rash of unfun games he has sent me in recent weeks. Well, I think we can bury that hatchet now.

This week I got to play Operencia: The Stolen Sun after a recent port to the Switch. I was unfamiliar with Zen studios and looked them up and…well, they are primarily known for their pinball games, which if judging from the last GiN review is any indication, are pretty amazing. 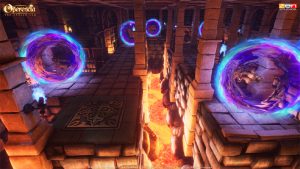 This title is a departure from their normal pinball experience. Operencia: The Stolen Sun is a modern take on old school first person dungeon crawlers. As such, the combat is turn-based. What is new and different from most titles is that Operencia is based on a fantasy world inspired by Hungarian folktales. So you get exposed to a different lore and culture than we normally experience. And let me say that the experience is quite refreshing. 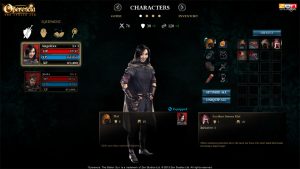 The game opens up in a tutorial with King Attila, and I was blown away with how crisp the graphics were on the Switch platform. I have been through Switch games that ranged from simple anime to ones filled with graphics errors like getting cut on the corners of the pixels. Operencia by contrast was instead one of the most gorgeous Switch games I’ve played, especially in 3D.

The game world was built to enable players to explore some beautiful areas. It was all designed with care. It helped the immersion into this unique world and the lore. After I was through the tutorial and character creation, I discovered the game was about much more than pretty graphics. 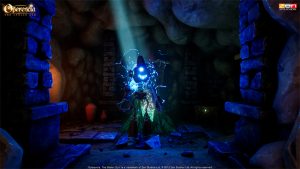 The lore and narration were intriguing, giving Operencia one of the stronger stories I have seen in recent memory. It may not have been too dramatic or complicated, but that is what made it beautiful. Rather than having a convoluted story with names that have more apostrophes than letters, they got to the point. This was enhanced by the conversations and the unique characters, primarily a thief named Joska.

[amazon text=Pick up Operencia: The Stolen Sun with a code from Amazon!&asin=B07ZFN11QV]

The writing was great and the voice actor for Joska did a great job bringing his character to life. Everything down to the random quips he said made the character more likable. It’s hard to find good performances like this in videogames these days. But Operencia’s Joska character is a beautiful exception. 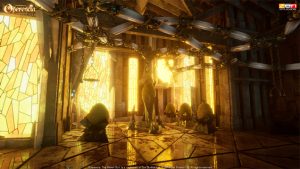 The gameplay for Operencia: The Stolen Sun involves walking around and solving puzzles while engaging in occasional turn-based combat. Combat was pretty straightforward as you choose an attack type or an ability and then perform that action. Damage and spent action points remain there after a battle and can only be replenished by using firewood at a campsite. This encourages exploration and resource management. 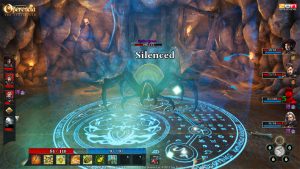 I did hit a wall during a particularly difficult boss battle that really scaled up the difficulty curve and, with no random combat in the game to grind, I couldn’t get through it. This is the one time I would have appreciated the chance to level up and better prepare for a hard fight in the game. I did eventually get through that battle after banging the controller on the couch for a while. This is just a warning so that you will be very careful when managing your own resources in the game so you don’t get (almost) stuck like me. 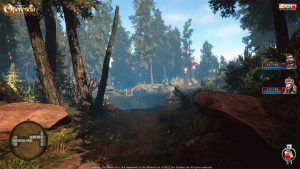 The only other gripe I have, and this is not even really a big complaint, is how you move tactically in the game. You move along a grid similar to a pen and paper RPG. However, where you move depends on where you are on the grid, and not where the camera located. This led to me pressing forward sometimes, and my character would instead walk to the left into a spike pit. It annoyed me, but as long as I double checked my map before moving I was fine. While the movement felt a little unnatural, it rarely became an issue with the gameplay or the fun. 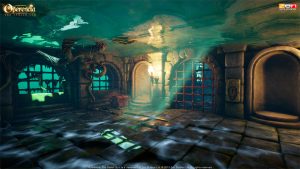 I would highly recommend Operencia: The Stolen Sun for anyone who likes a good story or a solid RPG. The plot is really good and the world is dripping in lore. The score is great, the voice actors do an amazing job and the game is simply beautiful. Operencia: The Stolen Sun easily earns a solid 4.5 GiN Gems, and might also win a place in the hearts of a lot of appreciative players.