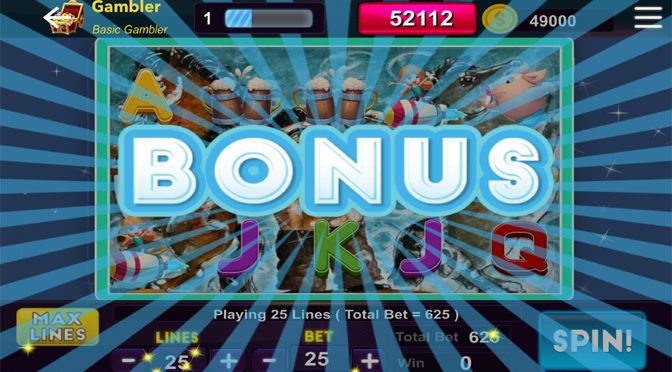 The world of online slots has changed dramatically since the first online casinos were launched in the mid-1990s and these days we can choose from a fantastic array of online slots titles, some of which offer huge prizes. As long as you only play with money you can afford to lose and set yourself strict limits, then playing online slots can be a fun activity. Here are ten of the best slots games around.

One of the world’s most famous board games, the online slot version of Monopoly is packed with bonus features, particularly the Pass Go Bonus, which offers free rolls and multipliers, while landing the Monopoly symbols will earn you a x2000 payout. The graphics on this slot may be a little old school, but it packs in plenty of entertainment.

Produced by Microgaming this is the sequel to Thunderstruck, a hugely popular slots title. A five reel slot, this game has 243 paylines and plenty of features including the bonus rounds triggered when you land three or more Thor’s hammer symbols.

Age of the Gods

The original slot from Playtech that has spawned several sequels, but remains hugely popular with online slots players. An entertaining combination of Greek mythology and slots gaming, Age of the Gods gives you the chance to earn a x200 payout when you line up five Gods on the reels, and includes a huge x10000 prize if you can line up all the wilds.

A simple but entertaining slot, offering a modest number of paylines (20) but a huge maximum payout. If you land five Wild symbols on one payline, you will trigger a monumental x20,000 payout and the maximum prize is an incredible x30,000. Double Bubble also includes a rewarding Bubble Bonus feature, and provides a fun online gaming experience.

One of the biggest appeals of online pokies is the chance to scoop a huge prize, and they don’t get much bigger than the jackpots with Mega Moolah. The world’s most famous progressive jackpot slot offers a major jackpot and a mega jackpot, and some of the payouts for the latter can be enormous.

Deal or No Deal

Produced by Gamesys, this slot is based on the famous TV show and has plenty of gaming appeal, particularly to newcomers. It gives players the chance to take a deal during each spin or opting for No Deal and waiting to see what the reels will give them. And the game is given an added thrill by the attached progressive jackpot, providing some big payouts.

Another popular progressive jackpot slot, Mega Fortune, produced by Net Ent, has hit the headlines with some truly impressive payouts, numbering in the tens of millions. Scooping the top prize is a long shot of course, but that hasn’t stopped Mega Fortune becoming one of the world’s top slots titles.

Ancient Egypt is a common and popular theme for slots game producers and IGT’s Cleopatra is one of the best of the genre; a game packed with mystery and atmosphere, and offering numerous bonuses, including a possible 180 free spin reward.

One of the online slots world’s most famous games, Gonzo’s Quest includes a variety of player-friendly perks, including the Avalanche feature, which means that when you land a win, the symbols explode, with new symbols taking their place, leading to potentially big wins.

A game that has proved popular around the world, Zuma Slots is an entertaining and colourful slot that has a distinctive sound track and a fun atmosphere. It also includes a Gamble feature, which enables players to take more control of their play, by opting to gamble every time you land a win, potentially increasing your payout up to ten times.