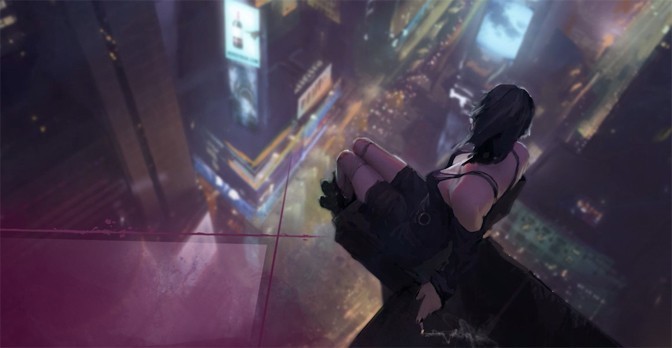 It almost seems surreal that we are getting so much Vampire: The Masquerade content these days. It seems like I just finished up my review of Vampire: The Masquerade Coteries of New York a few months ago, and already developer Draw Distance is giving us a sequel. And of course we still have Bloodlines 2 to look forward to as well. And there is also another VTM-branded product hitting steam called Night Road, which looks to be a text adventure that we are sure to check out soon too.

Vampire: The Masquerade – Shadows of New York takes place several months after the events of the Coteries game. In fact, it takes us right up to modern day, with the COVID-19 pandemic and everything. Many of the same characters who survived the events of the first game are present in Shadows, but your main character is totally new. 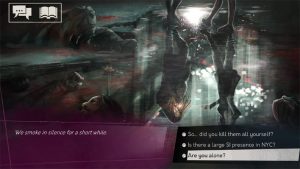 Told in a graphic novel setting like with Shadows, you don’t have a choice of main character this time around. You are a woman hand-picked and recently embraced against her will into the Lasombra clan. And because the Lasombra were at war with the Camarilla until very recently, you get assigned some very low-level work for the elder council designed to keep you on a short leash (you seem to be the only member of your clan in New York City). The elders seems to delight in not only giving you menial jobs, like checking visiting vampires into the city, but also by making you work out of fast food restaurant instead of giving you an office.

Given the blood-thirsty history of the Lasombra, its probably no wonder. Your bloodline has some amazing powers, like being able to wrap yourself in, and teleport through, shadows. You can also speak with the dead to a limited degree. The downside is that you cant really use electronics as they go haywire at your touch, and you have a deep rage that is always almost ready to burst out at any moment. 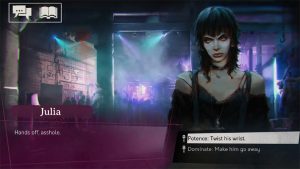 The game heats up when Boss Callahan, the racist Anarch leader from the first game is found dead in a classic closed room murder. As a former investigative reporter, you are tasked with finding the culprit. Of course, this being the World of Darkness, nothing is what is seems, and you are certainly being manipulated by the elders for their own ends. You might even be set up for failure given how much your fellow vampires seem to dislike you. But as a natural rebel with a burning rage, you press on anyway.

Shadows of New York plays exactly like Coteries. You are presented with a narrative and given choices at times as to where to go and what to say. Whenever you run across a VTM term, it is highlighted and put into your quick reference dictionary, so you will never be out of the loop even if you have never played the (excellent) VTM pen and paper RPG. 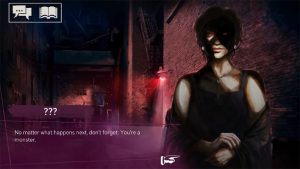 There are several key differences in Shadows, which may make players like the game more or less depending on their preferences. First off, the artwork for Shadows is off the charts. Everything looks amazing, especially the set-piece scenes where you are viewing a non-interactive, no-choices cut scene. The featured graphic at the top of this review is an example of one of those breathtaking works of art. I would love to hang a poster like that on the wall.

Secondly, the game is a lot more polished, which makes sense with this being the second effort from developer Draw Distance. I encountered almost no spelling or grammatical errors this time around, where Coteries had far too many. 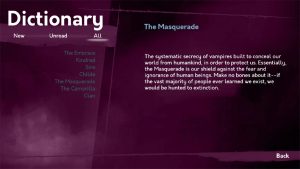 On the possible negative side, the story in Shadows is much less interactive. We only get one character’s perspective, and if you don’t really like her politics, attitude, world view or even her sexuality, then you are out of luck. I thought she was a pretty cool protagonist and had no trouble making decisions for her as only a bloodthirsty Lasombra would. But it was sad that we got no real choice about who to be. The choices in Coteries were pretty sparse, but at least we had some. 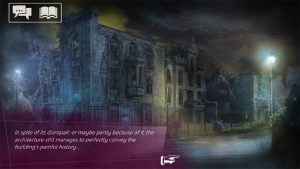 The thing I really didn’t like is that Shadows does seem to be on rails. You get kind of led through the story with lots of instances of long-winded dialog that doesn’t even advance the plot. There was this one character we had to talk with, a sort of crazy religious vampire, and talking with him was just pointless, yet it would take up what would be chapters if this were a book. 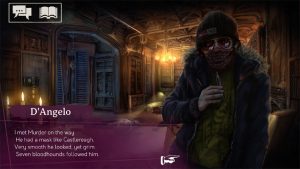 Also, we don’t really get to cleverly solve the locked room mystery which is the heart of the story. Every lead we pursue is a dead end. There is no way to find a critical clue or make some hidden connection and get to the bottom of things. The case is more or less solved for you at the very end of the game. Your only choice is whether or not you want to side with the (obviously incorrect) findings or rail against them. But even then, you don’t get to choose. The game makes that final, critical choice for you based on your other choices in the game and the so-called traits you earned. I really felt kind of cheated because of that, though it did make me go through and play again to try and get the other ending – there are only two possible finishes, unless you count a dead end near the very beginning. 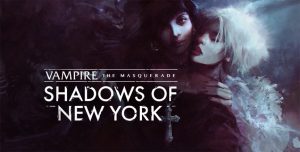 I enjoyed Shadows of New York for the atmosphere if nothing else. I feel like Coteries offered more of a true game, while Shadows is more of a deeper but less-interactive story. Both are well-done and really bring out the World of Darkness setting. Depending on your play preferences, either game is worthy of sinking your teeth into for some good VTM storylines.