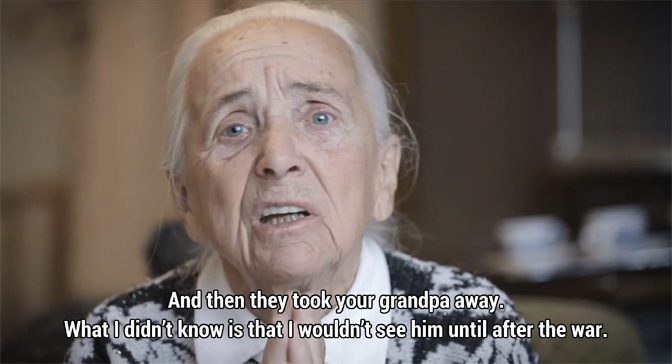 I went into Attentat 1942 without any real conception of what the game was going to be, and I actually think that made the game significantly better for me. This is not an action game in any measurable way, so if you’re looking for the opportunity to shoot pixelated Nazis in 1940s Prague, this is not the game for you. That said, I don’t recommend giving the game a pass, because what it lacks in terms of action, it more than makes up for in narrative, which as the introductory screen informs you, is taken from the memories of real people who survived the events portrayed.

The title refers to the assassination of Reinhard Heydrich, which was orchestrated in 1942 by a team of Czech and Slovak soldiers. He served as the Reich Protector for Bohemia and Moravia and was by all accounts a fairly terrible individual. However, the game isn’t really about his assassination so much as the attack provides part of the background against which the intimate drama in which you will be involved occurs. 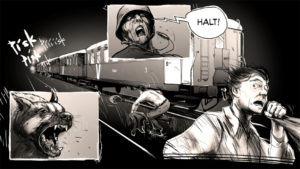 The game casts you as the grandchild of Ludmila and Jindřich Jelínek, and your introduction to your grandma is what sets you on the path to investigate why the Nazis jailed your grandfather, including sending him to two separate concentration camps. Your task is to unravel that story through interviewing subjects and completing certain puzzle challenges that pop up during the interviews.

Admittedly, the puzzles are the weakest part of the Attentat 1942 experience; they aren’t terribly difficult, but the interface is a bit buggy and lacks any sort of real tutorial. Fortunately, failing the puzzles does not impact gameplay except to the extent that successful completion yields coins that you can use to spend in order to re-do failed interviews. 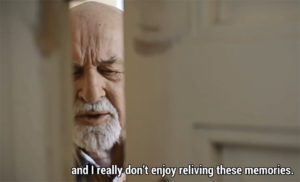 Those interviews are both the best part of the game and its most challenging component as the game requires you to elicit a certain amount of information from each of your interlocutors. Extracting the information is terribly important because it is only through these interviews that you can unlock key characters that will shed light on what happened to Jindřich.

However, that’s not all the information they provide as certain characters provide background information regarding what life was like during the occupation and the effects of the horrific reprisals that occurred after Heydrich’s death, including the destruction of the village of Lidice. You, as the player, unlock Encyclopedia entries that you have the opportunity to peruse at your leisure. 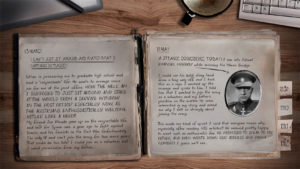 The game never really delves into exploring characters’ motivations or plays with the concept of an unreliable narrator as even your interview with the collaborator serves more as an “infodump” regarding contraband items during the occupation. The game merely presents the information that it has gathered from interviews and documents for you, the player, to explore, and while some might find the very matter-of-fact performances of the actors off-putting, I found it to be very true to my own experiences with my husband’s Polish grandmother who weathered the war in a German work camp. Ludmila’s story was so reminiscent of Babcia’s conflicted relationship with the war that I found parts of the game difficult to play through because knowing a survivor, the game hits on a number of the beats that she will and will not discuss. 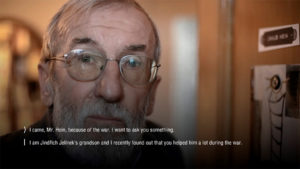 As the game explores the horrors of the occupation, the developers do not shy away from what life in the concentration camp would have been like, and the game provides at least two perspectives aside from Grandpa’s on how to survive concentration camps and establish eligibility for reparations. The game developers do a beautiful job of recreating the documents that would be necessary for the characters to use, and there’s a beautifully rendered journal that details the events that led up to the occupation, which is worth a read, even if it weren’t necessary to gain information that the game records in your notebook for you. The narrative also doesn’t stop at the end of the war. Characters detail their experiences with the war’s aftermath, including the persecution of anyone with a German name or background after the war’s end, so you really get a thorough glimpse into not only the occupation but also the damage it did to the Czech cultural mindset. 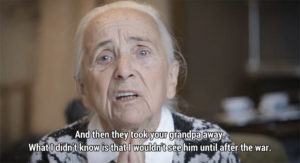 The game is short, almost mercifully so. I completed all of the major objectives in about three and a half hours, so realistically, players should expect to spend an afternoon teasing through memories and the more lackluster puzzles. The game gives you the option to replay the narrative in order to complete all of the objectives, but I have yet to be tempted because due to the subject matter, the play-through can be a very emotional experience. This is not to say that it isn’t a worthwhile experience because it very much is, but it should not be an easy one.

Ultimately, Attentat 1942 is a fantastic teaching tool that should be approached more as an interactive novella than as a game. It is as gripping and intense an experience as the hype has made it out to be and well worth the $10.99 price tag on Steam.