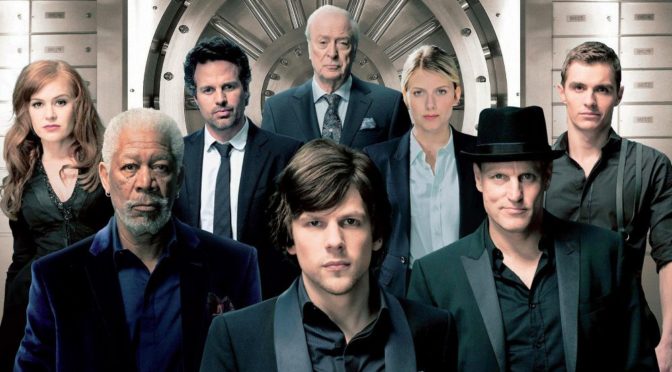 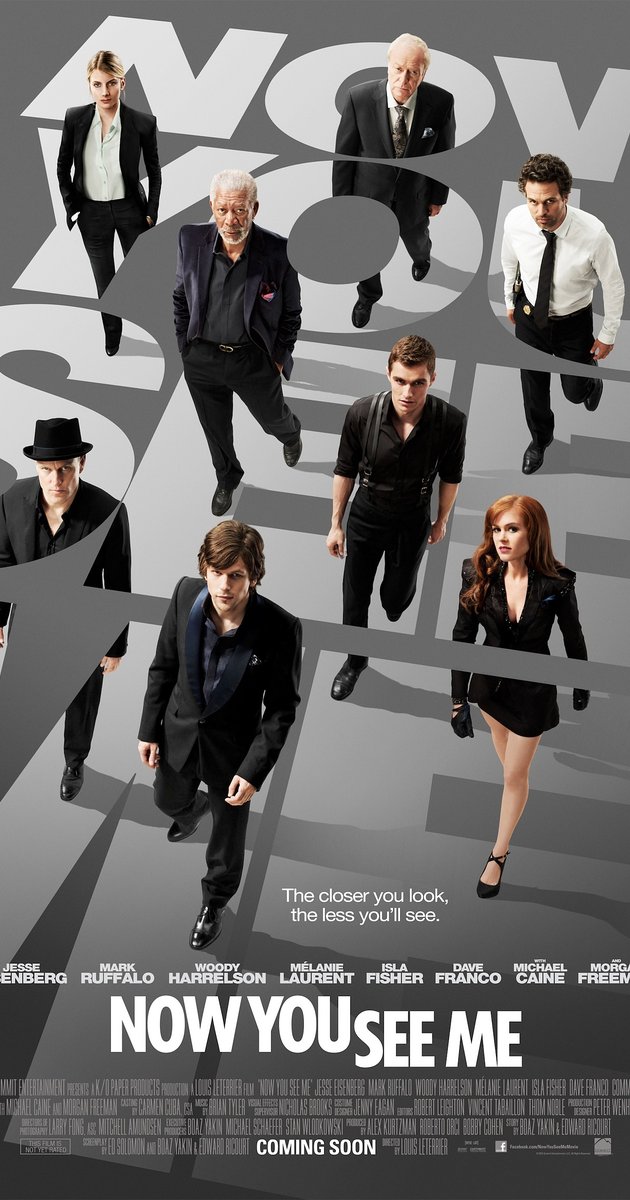 This week for Movie Monday I’m covering a movie that is often overlooked for more action oriented flicks. It’s Now You See Me!

Plot Synopsis: Four magicians each answer a mysterious summons to an obscure address with secrets inside. A year later, they are the Four Horsemen, big time stage illusionists who climax their sold out Las Vegas show with a bank apparently robbed for real.

Plot: The plot is pretty good, and it definitely had enough twists and turns that I enjoyed the hell out of it. Considering that I watched this with my family on a whim from On Demand one late winter night years ago I have to admit it was one doozy of a ride. I won’t spoil anything by going further, but the tagline of “The closer you look, the less you’ll see.” sure does hold true.

Characters: The entire cast is awesome, with my favorite characters being played by Mark Ruffalo (of Hulk fame from the Marvel Cinematic Universe) and Morgan Freeman.

Cinematography: I admit to having a bit of a hazy memory on the special effects used, but I remember being rather impressed, although nothing like you’d see in a Lucasfilm movie like Star Wars.

Overall: If you enjoy Bank Heist movies, and/or Illusionists you’ll love Now You See Me.