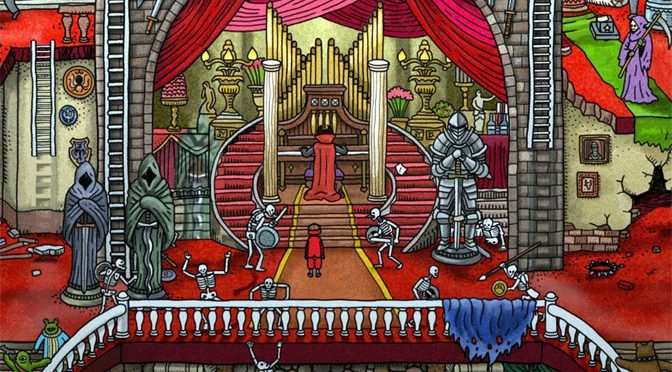 I am going to start this review by defining a personal bias. In the name of full disclosure, I love mazes. When I was a little kid, every time I went to the doctor or dentist’s office, I would seek out a Highlights Magazine or one of a handful of others that sometimes featured mazes. Whenever we would travel as a family (my family drove everywhere instead of flying) I would ask to be taken to whatever mazes were along the way. Mostly that was hedge mazes, and I was really good at finding the hidden rooms in the middle of them. I did the same thing in Grand Theft Auto Vice City, which had an early-game sniper rifle hidden off to the left side of the kingpin’s mansion maze in that game. 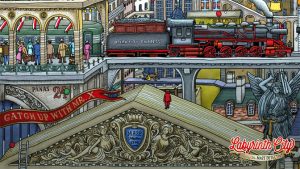 So, I have gone through a lot of mazes, both in games and real life, and even studied Maze Theory a bit, you know, keeping your hand on the left wall and all of that. I was overjoyed to find the Labyrinth City: Pierre the Maze Detective game on Steam. It’s also brought its puzzling perfection to the Nintendo Switch.

Now, the interesting thing about Labyrinth City: Pierre the Maze Detective is that while the game is all about mazes, that none of them actually look like what you would expect. This is kind of the opposite of most other games. Lots of games feature mazes, even going back to something like Wizardry or the original Bard’s Tale. But those games are not about mazes per se, and most of the labyrinths featured in them looked like, well, traditional mazes. So, they were square and made of blocky walls with lots of right angles. 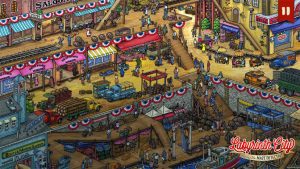 You won’t find much that looks like a traditional maze in Labyrinth City where the game takes place, despite the name. Instead, mazes here are presented almost like beautiful works of art. Scenes that you must navigate often feature some crazy, chaotic setting where everything has gone wild in some way. For example, the opening maze takes place in a museum level where the exhibits have come to life and are wreaking havoc on each other and the guests. 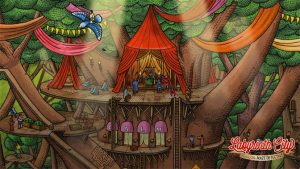 Each gorgeous maze in the game was created by international illustration-design studio IC4DESIGN, which has quite a reputation for making things like this. They created a pretty nice video about how they put the levels together and got those fantastic landscapes to evolve from sketch books to actual living places within the game. Each level in the game is actually based on a double page story book which would have put those old maze magazines I played with as a kid to shame in terms of complexity and quality.

The secret of Maze Detective is that even though most of the levels don’t look like traditional mazes, they do act like them. So, you might have a group of people sitting around a table eating and drinking, and they might say hello to you when you get close or even offer you a bite. But they also act as a traditional wall in a maze because you can’t pass through them, and can only go around if there is a path set aside to let you do that. Everything in Maze Detective follows that logic.

The result is a maze-like experience where you don’t actually feel like you are navigating a maze. It’s more like you are exploring a fantastic world, and one with its own unique rules and quirks. 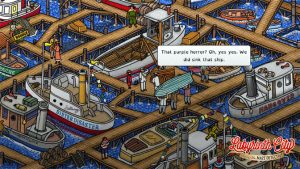 The ultimate goal of each level is to reach the end by navigating through a maze, which advances the story and lets you travel to the next zone. However, that is not all that you can do. I already mentioned how people enjoying a meal in a maze might talk with you or at least say a couple lines when you get close. A lot of elements in the mazes will do that. But there are also actual hidden secrets. Sometimes people will give you “quests” to go on, and completing them earns you a hidden prize. Or you can sometimes find secret rewards by manipulating the maze in places, like clicking on certain objects in a specific order. So, take your time and enjoy every nook and cranny while you play. This is one example where the Easter eggs are quite profitable and fun to uncover. 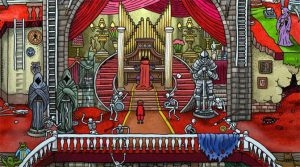 There are also treasures to be found, which can be located in chests hidden around some of the out-of-the-way corners of each maze. Even if you can spot a chest, that is only part of the challenge, because you still need to figure out how to get there. And most of them are hidden off the main path you need to follow to solve the level, so don’t be afraid to explore. I probably spent the majority of my time in each level trying to get to the far corners of each maze to locate those hidden prizes. 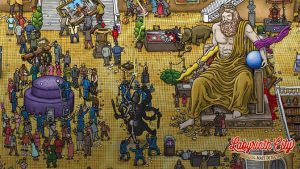 Labyrinth City: Pierre the Maze Detective does have a plot, although it’s not really anything grand. You play as Pierre the Maze Detective and have to hunt down a guy named Mr. X who is like a super villain. He has stolen a magical stone which is helping to generate all of the game’s mazes, so finding him is the only way to restore order to your town. Although, the mazes are so much fun, I can’t really blame Mr. X too much. 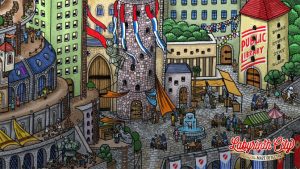 Overall, Labyrinth City: Pierre the Maze Detective is a relaxing game if you happen to like mazes. Very nice background music plays while you explore and helps to set that mood. Of course, you have to be good at mazes or at least enjoy them to like Maze Detective, because the game does not offer much beyond that. It’s also rated E for Everyone and while some of the mazes can be somewhat challenging, especially if you try to find all of the hidden secrets and treasures, it’s clearly designed with a younger audience in mind. You are never in any actual danger in the game, so both adults and children can have fun with this one at their own pace.

For me, I had an a-maze-ing time with Labyrinth City: Pierre the Maze Detective, and if mazes are your thing, then you probably will too. Maze Detective has some of the best maze-focused gameplay around, so definitely put on your maze-solving caps and give this one a try. I have a feeling you are going to like what you find, not just at the end of each maze, but in the fun and relaxing journey you discover along the way.