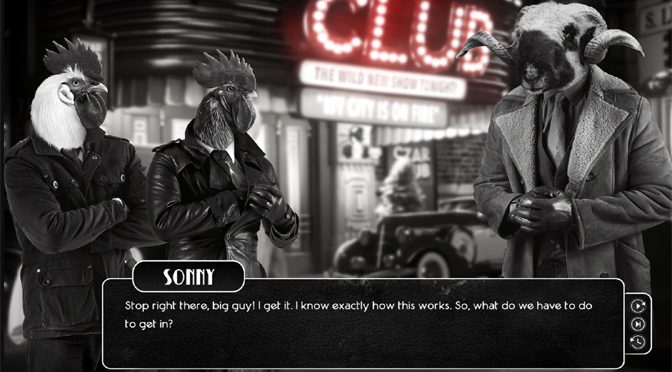 Hey all I’m back with a rather odd, but fun game. It’s Chicken Police: Paint it RED!

Plot: The plot is a typical Crime Noir story with a Buddy Cop twist. Other than that particular twist it’s really nothing revolutionary in terms of story, but the fun part is the fact that every character in the world of Chicken Police has an Animal head. 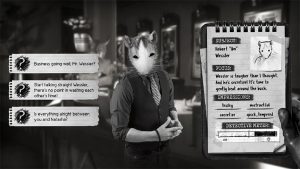 One of the first characters you meet is a gazelle I believe, or it could be a deer. She’s the typical femme fatale from film noir detective stories and she’s in your office to offer you a case. The world of Chicken Police is fleshed out through the use of the game’s point and click gameplay, and it’s got some surprising depth, with a fairly good backstory of the city you can learn about just by looking around in the very first area you play in.

Gameplay: Speaking of Gameplay this is a mix of an old school point and click game with a Visual Novel. Everything is voiced, which is nice and adds to the feel of the world. You play a rooster police chicken, and your voice is that of a typical hardboiled detective from almost any film noir story or show. 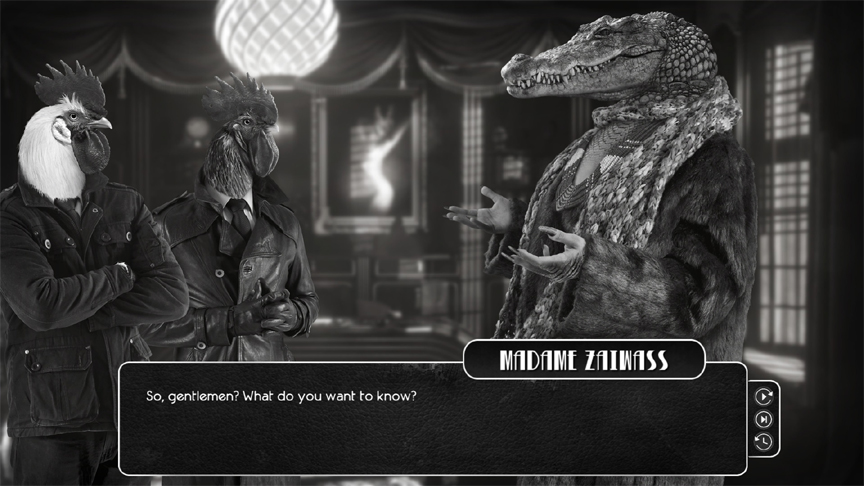 There are a few action sequences, like a car chase scene, but mainly the gameplay is in the interviewing and questioning of various characters in order to get the most information.

The best part is if you are unsatisfied with the score you attain after every session you can immediately go back and redo the conversation. No need to load up a save file, just a simple click and you can redo it. That said, if you are hoping for a action packed game Chicken Police is not going to deliver on it. 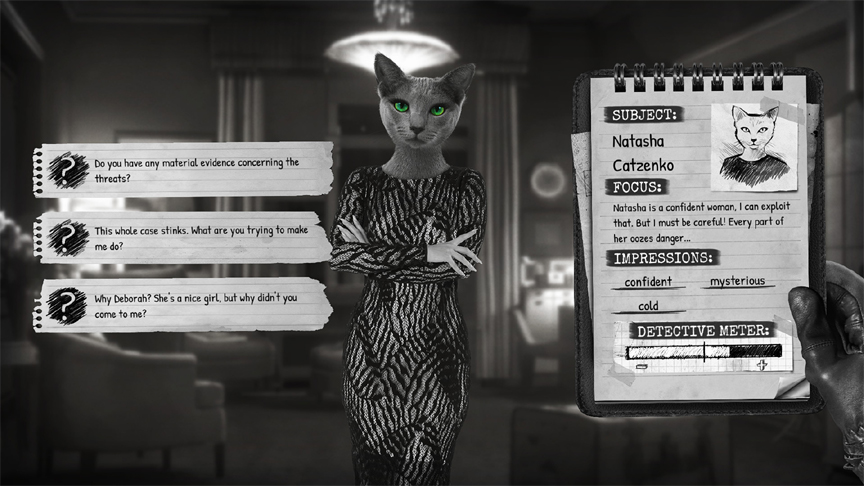 Art: The art is incredibly good for such a small studio and while it’s not super detailed, you don’t need Raytracing for anything for example, it’s good enough that I can’t complain it looks like an Indie game with too little effort put into it. It’s comical in a way with all the animals, but done in a very serious black and white film noir way to give a clever style.

Music: The musical score is incredibly fitting for the game, it hits the perfect Noir feel of the story and doesn’t disappoint. The voicework is also quite good as well. 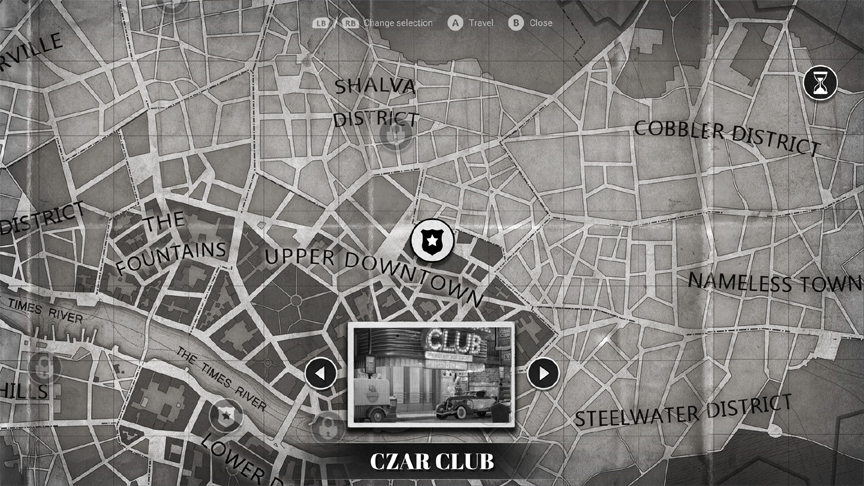 Overall: A solid game, that if you don’t mind not playing a game with no action really, you’ll enjoy the hell out of it.

For those who like: Crime Noir, Buddy Cop Stories, Visual Novels, Point and Click Games, Good Plot and Worldbuilding, Good Artwork and a Solid Musical Score. 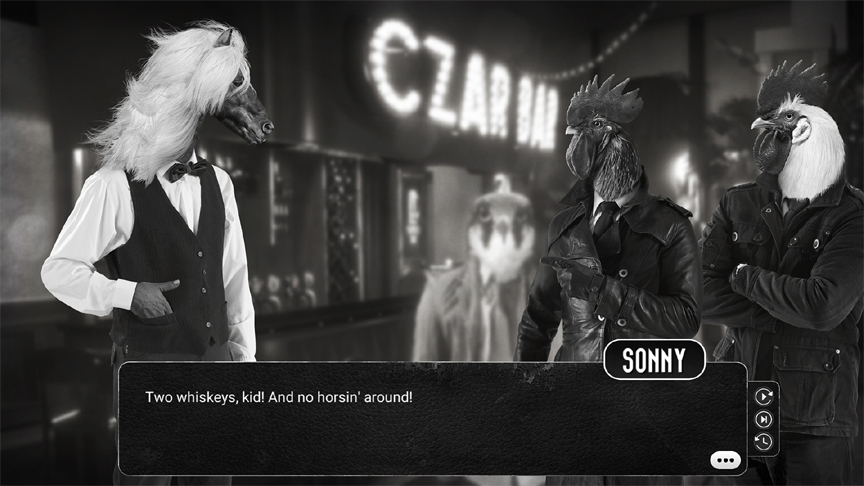