Nintendo decided to do something different at this year’s E3 Expo. Instead of putting on a huge presentation at the show, they instead made a presentation video showing all the new titles scheduled for their Wii U and Nintendo 3DS platform. The are going a step further, trying to bring E3 to everyone who can’t make the main show. They teamed up with Best Buy to get local stores around the United States to deliver Wii U presentations of the latest games. Games being shown at Best Buy include Super Mario 3D World, The Legend of Zelda: The Wind Walker, … END_OF_DOCUMENT_TOKEN_TO_BE_REPLACED 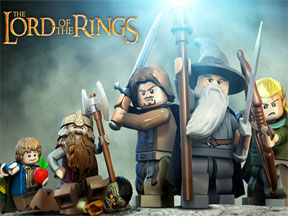 Lego Lord of the Rings has all the elements that gamers have come to expect in a Lego title, with smashing and building aplenty. But it also has a lot of heart, and a full voice cast to boot.

The ballots have all been counted, and here are the five nominees in each category for the 2012 GiN Game of the Year Awards. Congratulations to everyone who worked on a game that earned a spot on the ballot this year. For all our voters, don’t forget to cast your final ballot for the overall winner in each category. Last year we had more than 100,000 votes cast, so be sure you’re ballot is in there. Voting is, as always, free. Lots of people worked really hard to bring us these great games. Show them we care! And when you’re … END_OF_DOCUMENT_TOKEN_TO_BE_REPLACED

Activision Publishing, Inc., a wholly owned subsidiary of Activision Blizzard, Inc. (Nasdaq: ATVI), announced that together Skylanders Spyro’s Adventure and Skylanders Giants have generated more than $1 billion in retail sales worldwide, inclusive of toys and accessories — and the franchise reached this milestone in just 15 months. In 2012, the combined sales of Skylanders Giants and Skylanders Spyro’s Adventure toys out-sold the top action figure lines in the U.S. and Europe, including Beyblades, Star Wars and Transformers. Additionally, through January 2013, more than 100 million Skylanders toys have been sold at retail. "The Skylanders franchise became the first kids’ … END_OF_DOCUMENT_TOKEN_TO_BE_REPLACED 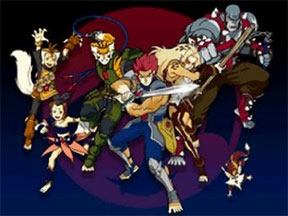 Nostalgia can be a powerful ally for a game, but not even the power of yesteryear can save ThunderCats from mediocre graphics, gameplay and story.

The Entertainment Software Rating Board (ESRB), the non-profit self-regulatory body for the video game industry, today announced a streamlined, no-cost service for assigning ratings to all digitally delivered games. ESRB’s new ‘Digital Rating Service’ utilizes a brief but detailed online questionnaire to assess not only a product’s content and age-appropriateness, but also interactive elements, including the sharing of personal information or physical location and exposure to unfiltered user-generated content. This newly streamlined service will first be put into use for downloadable games available from a number of computer and video game platforms including Xbox LIVE Arcade, PlayStation Network, PlayStation Vita, … END_OF_DOCUMENT_TOKEN_TO_BE_REPLACED