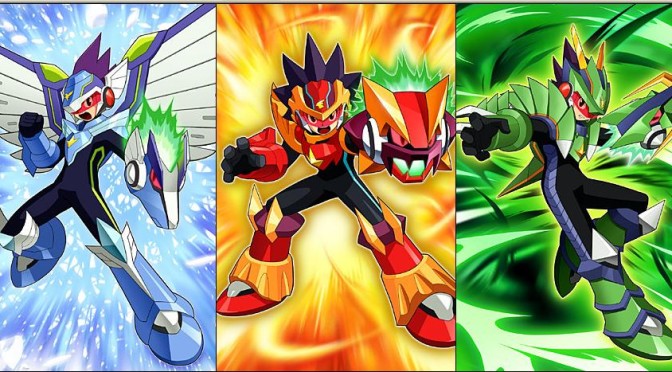 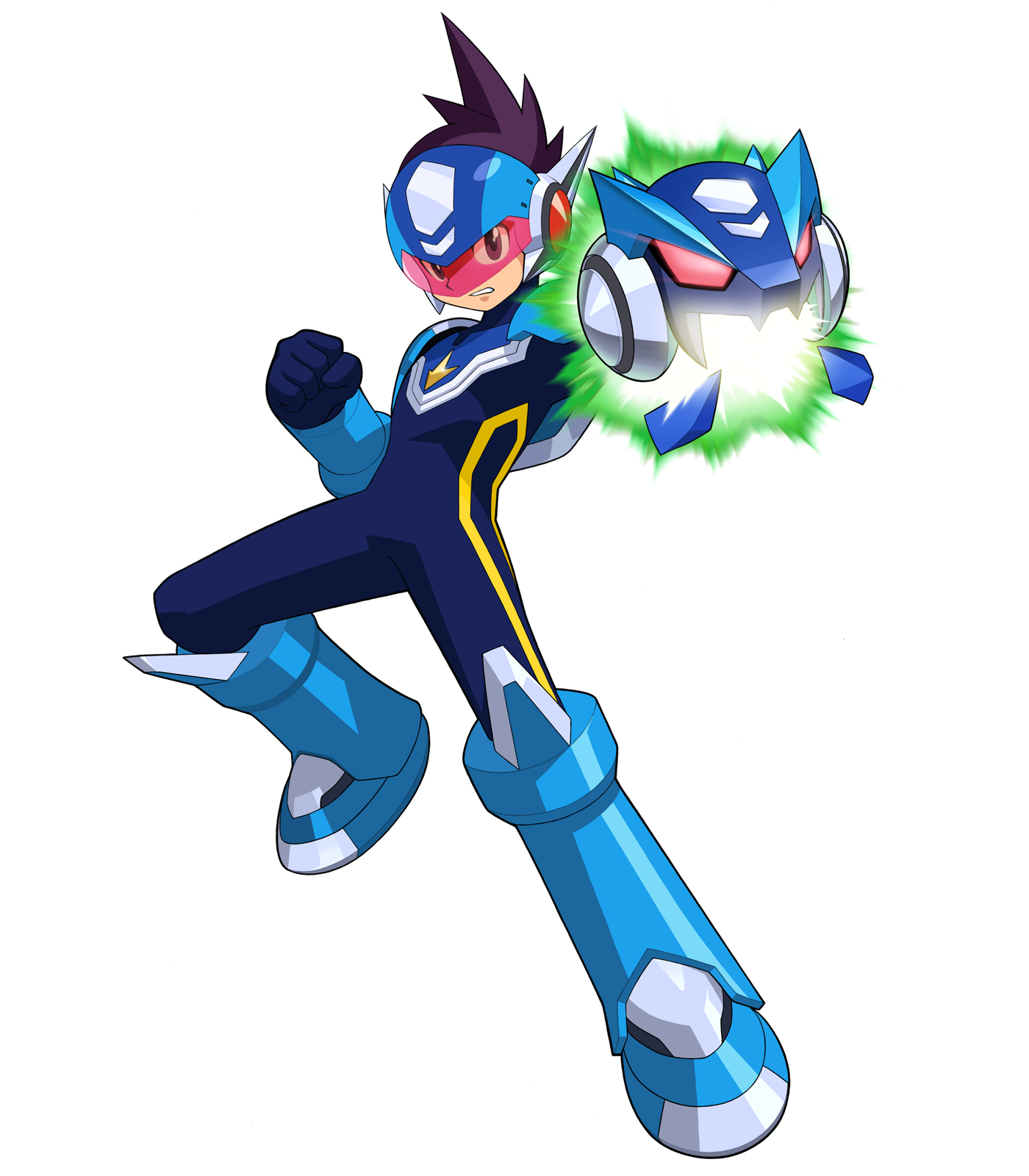 Plot Synopsis: The game stars a fifth-grade student named Geo Stelar, who can be renamed by the player. Geo has been mourning the disappearance of his father Kelvin after the explosion of the space station Peace three years ago, and as a result, he has not been attending school. A group of children from Geo’s class constantly urge Geo to attend school, but he always refuses.

One day, Geo comes home and finds Aaron Boreal, Kelvin’s co-worker at the AMAKEN Space Agency, conversing with Geo’s mother, Hope. Aaron gives Geo the Visualizer, a glasses-like device that allows humans to see the EM Wave World. Geo goes outside to sulk on an observation deck over the city when he puts the Visualizer on.

Plot: The plot is fairly simplistic, nothing amazing. However the gameplay more then makes up for the generic plot.

Gameplay: This game plays a lot like the Battle Network series of games, with two major differences. The first is that it’s in 3D and you are behind Mega Man, and the second is that you can only use one column of squares instead of having a 3×3 grid of squares. This means that you can’t dodge things nearly as easily as you could in Battle Network. You are however given the ability to use a shield to block damage if you time it correctly, which is not easy. Everything else plays like a Battle Network game though, even the rest of the game world is quite similar.

Art: Like I said just above, the art is quite similar to the Battle Network series. It does however look slightly better, and honestly it still holds up pretty well to today’s standards.

Music: Again like I usually say with portable games I don’t listen to the music much, if at all.

Overall: If you loved Battle Network and haven’t played this you ought to.

For those who like: Mega Man, The Battle Network Series, RPGs, Great Gameplay.