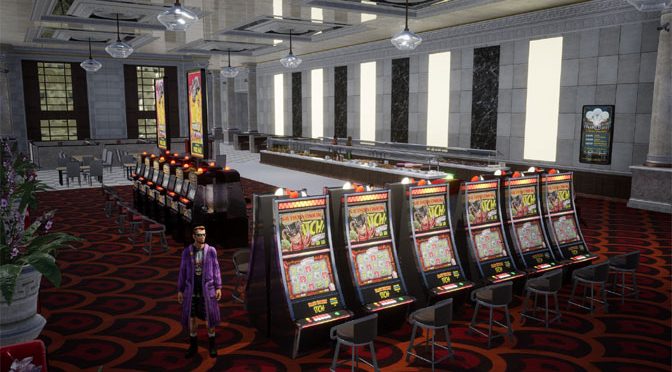 Online gambling used to be a slightly taboo hobby with a fairly limited audience. This has all changed over the last decade, slowly at first and then picking up speed in the last few years. Online casinos are now nearly as popular and well-respected as traditional, land-based casinos. We’re even seeing most of the big traditional casino brands branching out into the digital realm.

One demographic group that has particularly embraced online casinos is gamers. We shouldn’t be terribly surprised by the fact that people who enjoy playing video games would be interested in playing an additional type of video game.

It should also be remembered that the average gamer is a lot harder to categorize than in previous decades. Now we see more women, older people and minorities playing games too, alongside the teenage boys and young men who have typically dominated the gaming world.

This article will give a brief overview of some of the primary reasons why online casinos are so popular among gamers.

We might hear a lot in the news about the toxicity of gamer chats and forums, but this isn’t the entire story and downplays the healthier community elements of gaming. For many gamers, one of their favorite things about gaming is the friendships and communities that they are able to build with fellow players.

Sweepstakes casinos, which are sometimes accurately referred to as social casinos, are perfectly suited to gamers who enjoy playing and making friends at the same time. Sweepstakes casinos work just like regular online casinos except for the fact that you don’t win cash prizes and are instead entered into sweepstakes drawings, depending on how many tokens you have.

Without the constant push to think about winnings, players at sweepstakes casinos have more time and space to chat with other players. They’re also usually encouraged to join Facebook groups or other chat forums.

We are living in an age of amazing game quality. True, some big releases in recent years have over promised and under delivered (we’re looking at you, Cyberpunk 2077) but these stand out so dramatically because players have become used to games working well and looking amazing.

This rise of indie studios has resulted in more diverse and interesting games that push creative boundaries artistically and in terms of gameplay. Having such stiff competition from the indie developers has forced the big names in the industry to improve their offerings in order to stay relevant. Gamers today have a well-honed eye for and appreciation of quality games.

The number of small studios in the traditional gaming world is mirrored in the online casino world. There are now many highly talented and creative game designers working on slot machine games across a number of game studios that work specifically on casino games. They have managed to advance the genre from simple fruit machine-style slots to fully-realized games with fantastic graphics and even some storylines.

It makes sense that gamers would be able to recognize and appreciate the quality of these online slot machine games. It’s hard to resist playing an attractive game – and when the Return To Player rate (RTP) is great and the gameplay is engaging, it becomes almost impossible to say no!

Puzzle games never really lost their popularity but in recent years there has certainly been a resurgence in how popular they are. This has partly been fueled by the rise of mobile gaming, where puzzle games make up a massive segment of the market. Alongside these, the strong indie game market has also supported the creation of more puzzle games, like Tortuga Xel studio’s 2022 release Jade Order.

While basic puzzle games are mentally challenging, they typically don’t require the reflexes and “gamer skills” of more traditional video games. They are simple games with basic mechanics, just like slot machine games. The real wow factors of most of both of these types of games are the graphics and well-designed themes.

Gamers who are fans of puzzle games can – and do – easily make the transition to also playing slot machine games.