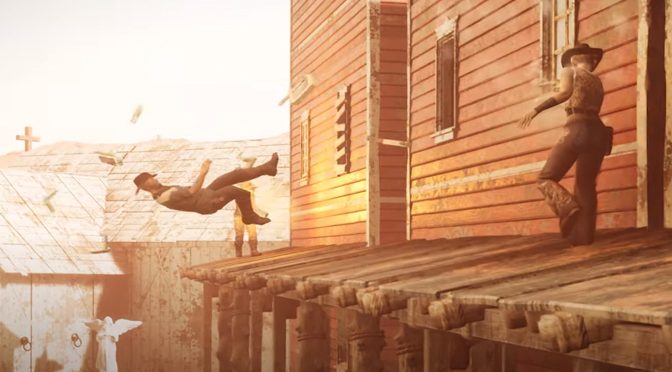 Team GRIT, a new game development and publishing studio established by industry veterans, has today announced GRIT, an all-new Wild West Battle Royale where players test their merit against 99 other opponents in the ultimate showdown. Players have a chance to start playtesting in an early beta build starting today on Steam where they can immediately jump into the lawless world of GRIT.

• Wild West Royale – Saddle a trusty horse and venture across the frontier. Battle 99 other cowboys in solo, duo, and squad gunfights.

• Perk System- Look for weapons that make all-in poker hands to gain special perks. Gather specific hands to craft different styles of play. There’s advantages and tradeoffs to be made depending on the cards you’re collecting – will you go all-in on gunslinging, focus on patching up your wounds after each skirmish, or find some other winning combination

• Ride Through the West – Bond with your horse, riding and controlling your trusty steed with multiple speeds. Feeling lazy? Use the equine beast o’ burden as extra inventory. Horses are a great way to stay mobile, escape the all consuming calamity storm, and fire on-the-go. If you’re feeling daring and have the gumption, steal your foe’s horse and ride like the wind.

• Tools o’ the Trade – Over 20 weapons and a whole host of cowboy equipment are there to help you and yours to the top of the gunslinger rankings. Weapons are projectile-based, so you’ll need to be a crack shot, lead targets, and account for gravity.

• All Aboard – Steal loot and a seat on the last train outta town. Take charge and use the locomotive to stay inside the battle royale ring.