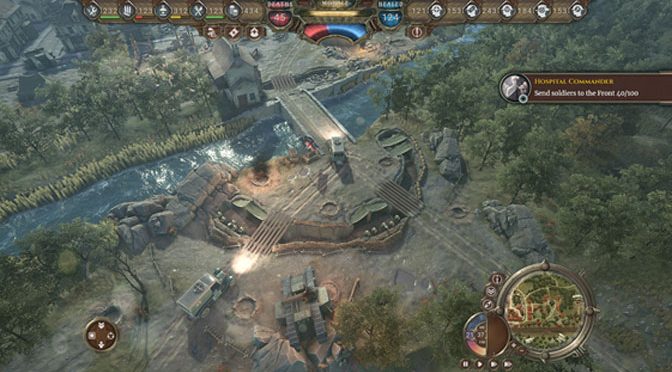 Brave Lamb Studio, a member of the Movie Games family, has partnered with the UK’s Imperial War Museums on War Hospital, a game set in the realities of World War I.

War Hospital is a society survival game set in 1917, where the player takes on the role of Major Henry Wells, a British field medic who becomes the commander of a field hospital located in France, near the front lines. His job is to manage a medical team, care for the wounded and develop medical technology in the face of limited resources and a deepening conflict. A unique aspect of the game is the triage – the segregation of the wounded based on the patient’s prognosis and personal history, highlighting the difficult choices frontline medics had to make.

Imperial War Museums is a British organization that includes five branches dedicated to uncovering the causes, course and consequences of war, from the First World War through to present-day. Its experts will consult on the historical aspect of the game and act as advisors for the game developers. War Hospital is the first ever game to be Brand Licensed by Imperial War Museums.