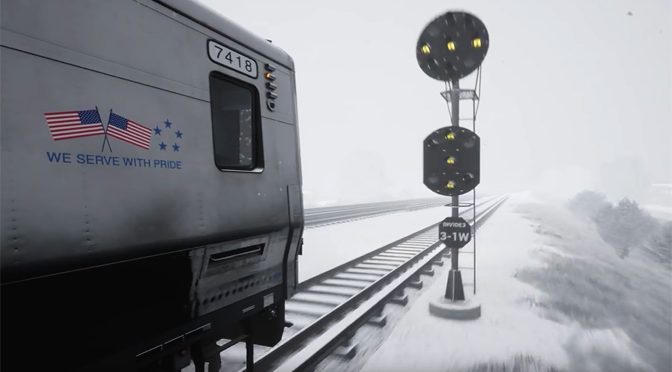 Train Sim World: Long Island Rail Road is now out on Windows PC with a brand-new route for Train Sim World from Dovetail Games, the multi-award-winning developer and publisher of simulation games.

Experience America’s busiest commuter railroad and all the bustle and challenges of railroading in New York City. The famed “LIRR” is a critical New York line carrying thousands of commuters every day, and you’ll take the controls of the railroad’s modern LIRR M7 Electric-Multiple-Units (EMUs) to keep the trains moving in and out of the city. You play an essential role in keeping the city alive, and, if you’re late, all that Big Apple business will grind to a halt!

Dashing Commuter
It’s your job to deliver New York area commuters to work and back on time and happy, calling at a total of 26 LIRR stations. Experience the excitement and challenges as you navigate LIRR’s main line and make your way through key New York-area stations such as Penn Station, Atlantic Terminal and Long Island City. Whether you’re at the controls of a LIRR M7, riding along or watching the show from trackside, you’ll soon fall in love with the Long Island Rail Road.

• Five detailed and engaging scenarios for the route.

• 100 collectibles for you to find all along the route.

• Accessible tutorials for the LIRR M7 to get you started quickly.
• 24-Hour Service Mode timetable.