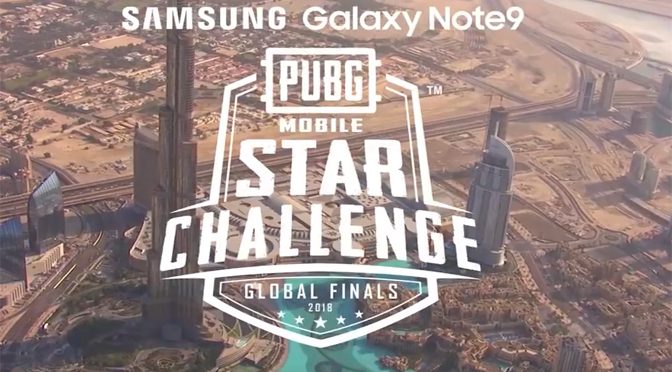 The exciting culmination of the global ‘PUBG MOBILE STAR CHALLENGE’ (PMSC) Global Finals hosted by Tencent Games and PUBG Corporation (PUBG Corp.) is happening November 29th through December 1st at the Festival Arena in central Dubai. The global finale is sponsored by the Samsung Galaxy Note9 and brings together semifinalists from regional competitions held in Europe, Asia, North America, South America, Japan, Korea, and China. The top 20 teams from each region are invited to the Global Finals in Dubai to be the winner of all winners, claiming part of the $400,000 prize purse.

In-person tickets at the Festival Arena for the PUBG MOBILE STAR CHALLENGE Global Finals are available now. Fans can choose either single-day or discounted complete event tickets for access to all of the PUBG MOBILE action during the three-day event. Attendees can see the top PUBG MOBILE players in the world in person, meet various gaming celebrities, and gain the ability to increase their own followings and social profile.

PUBG MOBILE is an online multiplayer game that involves up to 100 players parachuting onto a remote island to do battle in a winner-takes-all showdown. Players must locate and scavenge their own weapons, vehicles and supplies, and defeat every player in a visually and tactically rich battleground that forces players into a shrinking play zone.

This PMSC Global Finals series brings together a range of people including professional eSports players, celebrities, and various internet personalities. To participate in the PUBG MOBILE STAR CHALLENGE, players were required to have more than 1,000 fans or followers across specified streaming platforms. They could also form a squad of up to three other players with no requirements.