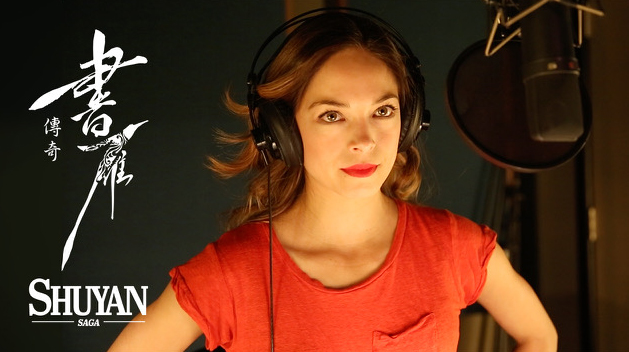 A new trailer from Lofty Sky Entertainment announces Kristin Kreuk (“Smallville”, “Beauty and the Beast”) as Voice of Shuyan in the upcoming Action Graphic Novel: Shuyan Saga on August 8 for $19.99 USD via Steam. The video shows some of her work in the studio and an introduction from Producer Jason Loftus.

Kristin Kreuk, back-to-back People’s Choice Award winner in 2014 and 2015 for her role in the hit TV show Beauty and the Beast on the CWlso played Lana Lang on Smallville and starred as Chun Li in the film Street Fighter: The Legend of Chun Li.

Quote form Kristin: “Shuyan’s story is about working hard to become the best version of yourself. She has a good head on her shoulders but at the same time, she isn’t perfect. She has a temper, and an ego! I really love that because, of course, no one is perfect. She is always trying to improve herself though, which I think is so important.”

Quote from Jason: “When it was time to finally choose the voice cast I thought there would be a lot of opinions who we really felt reflected the character. It was really unanimous, though. Kristin is not a stranger to the culture and to martial arts. She was just a perfect fit, and a we’re thrilled she was interested.”

Shuyan Saga is a graphic novel series where action scenes come alive through 3D combat gameplay. Set in an ancient Chinese martial arts fantasy universe, the player embarks on a life-changing journey as Shuyan — a carefree Princess fed-up with her constricted and pampered life — to become a true disciple of Kung-Fu and stop the evil Guer horde from destroying the Five Kingdoms.