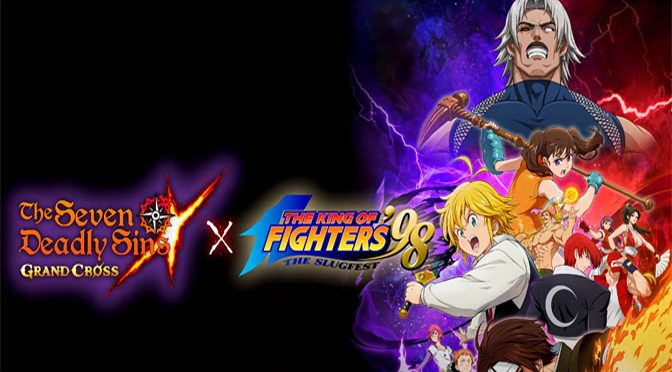 Starting today, Netmarble kicks off the second collaboration between its cinematic adventure role-playing game (RPG) The Seven Deadly Sins: Grand Cross and The King of Fighters ’98. The update welcomes new heroes and holy relics while bringing back fan-favorite fighters and content from the first collaboration between the two games.

Additional features of the update include:

Moreover, various events to support players to grow faster are held in celebration of this update. Players can enhance their heroes with less hero enhance potion and acquire more rewards from salvage equipment through probability-up event. Also, players can enjoy the stage only a half of stage stamina, which supports the faster growth as well. Player Rank is now expanded to Level 90, and there are many more to enjoy.

The Seven Deadly Sins: Grand Cross translates the storytelling and adventures of [The Seven Deadly Sins] into a highly engaging and entertaining mobile gaming experience, featuring stunning, high-resolution 3D graphics, with more than 150 characters, 200 costumes, and 200 dramatic cutscenes. The game is brought to life with the cast of the original Japanese voice actors reprising their characters. Since its launch in March 2020, the game surpassed 40 million cumulative downloads in a year across the world.

The Seven Deadly Sins: Grand Cross is now available for download on the App Store and Google Play.