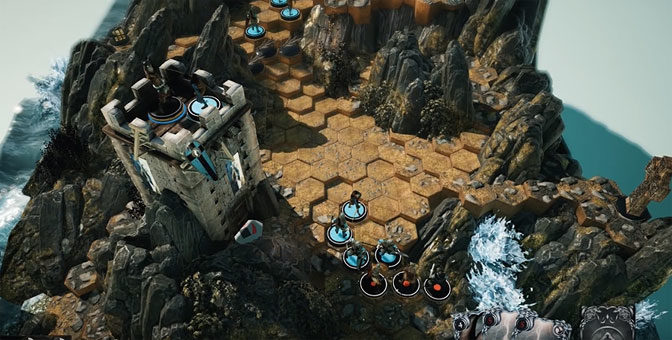 Danish Studio Playwood Project has teamed up with DECK13 (Lords of the Fallen, The Surge) to publish their debut title, WARTILE. The strategy game has been in Early Access since March 2017 and is now preparing for its final release.

To celebrate this year’s Halloween a massive update has been released for WARTILE, adding a fitting themed Battle Board among other features. During the Steam Halloween Sale the game is 20 percent off.

WARTILE is a strategy game which looks like a turn based game in first place, but in fact is so much more. With its cool down based combat it combines the best of both, turn based and real time strategy. Tactical decisions in a constantly changing situations for some extra spice.

Check out our video review of Wartile: