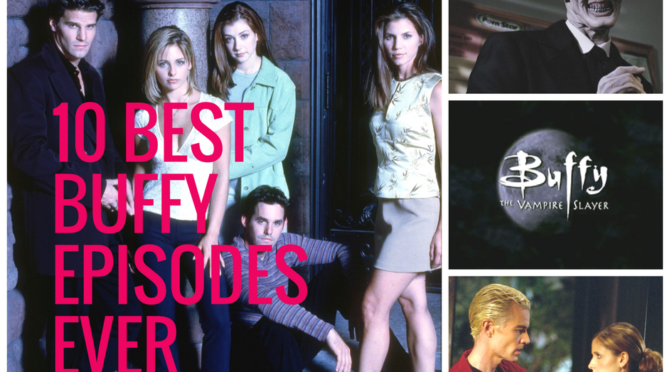 It’s the middle of October, and you know what that means: we’re already about three weeks into the timespan that the Internet considers to be Halloween. Hope you’ve got your hilarious spooky Twitter name set already, because if not, it’s already too late. You missed the cut-off. Better luck next year! Or should I say… better luck next FEAR!!!! (note to Chella: do not even THINK about editing this perfect joke)

Since it’s coming up on Monster Christmas, we felt it was the perfect time to finally drop an episode we’ve been teasing for months, technically, in that I think we suggested that we were going to do it a few months ago and then didn’t. But now we are! So here it is.

This week the ATTeam revisit the best supernatural show on 90s TV after The X-Files fell to pieces (note to Drew: it was the best show before X-Files fell apart, but hey – Chella) – Buffy the Vampire Slayer. Chella and Drew have picked the official, unassailable 10 Best Buffy Episodes to talk about, and there’s so much to discuss that it’s the longest ATT ever, completely by accident.