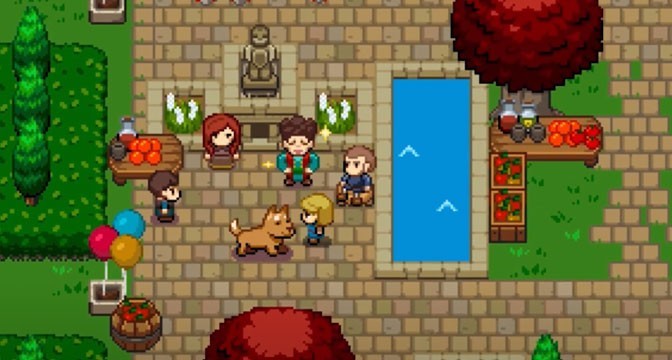 Video game publisher Nordcurrent and Yarntown developer Max Mraz invite players to take another sneak peek into the lovingly crafted world of the upcoming pixel-art adventure RPG, Ocean’s Heart. After a successful debut on The Escapist Indie Showcase Fall Edition last week, the team have revealed the latest video, introducing the brave and resourceful hero herself, Tilia. Embark on this gorgeous pixel-art adventure filled with engaging narrative and intriguing gameplay full of peril, mystery and a healthy dash of humor in the new video today!

Max Mraz’s passion for Zeldalike games, epitomized in Yarntown and the recently released Halloween-themed Hallow’s Eve, demonstrates his ability to honor the nostalgic genre that we love so much. Ocean’s Heart is set to be the culmination of his ambitions in paying homage to retro adventure, influenced by old, yet rich concepts with a modern flair. The Ocean’s Heart journey begins on Steam in early 2021.