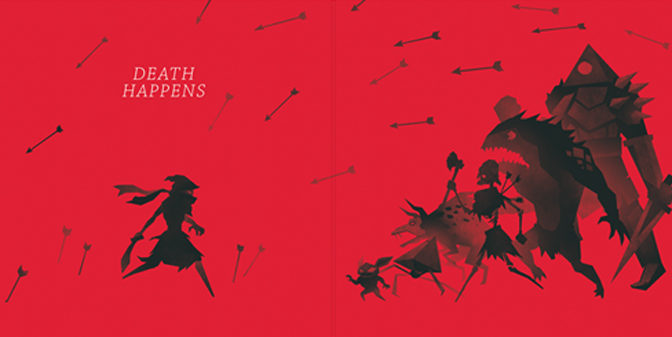 BANDAI NAMCO Entertainment America Inc. announced today that they, along with Harebrained Schemes, the creators of the Shadowrun Returns series and recently announced BATTLETECH PC games, have partnered with iam8bit to birth a beautiful Collector’s Edition for the diabolical dungeon delve, NECROPOLIS.  The NECROPOLIS Collector’s Edition will be available on all platforms. NECROPOLIS will be published on Steam by Harebrained Schemes on July 12th.  Bandai Namco Entertainment America, Inc., will be publishing the PS4 and Xbox versions of the games later this summer.

The NECROPOLIS Collector’s Edition is available today for preorder for $50 via the iam8bit store, and is a Vinyl Soundtrack that includes a game code to the full game and many game-inspired items, including:

You play as a nameless adventurer attempting to escape a living, magical dungeon that reconstructs itself each time you play, with only one way out – down. Craft, equip, explore, and fight to stay alive as you delve deeper and face ever-greater threats in the twisting halls and endless chasms of the NECROPOLIS. Have no doubt; you’re going to die – often! – but you’ll improve your combat skills, available upgrades, and dungeon know-how with every playthrough, bringing you one step closer to the exit.

“It’s clear from the cool vinyl record and badass album cover doubling as a Tabletop Game that iambit gets Harebrained Schemes,” said Mitch Gitelman, Harebrained Schemes Studio Head.  “We’re excited to offer a NECROPOLIS Collector’s Edition for those discriminating players who want to take death to the next level.”