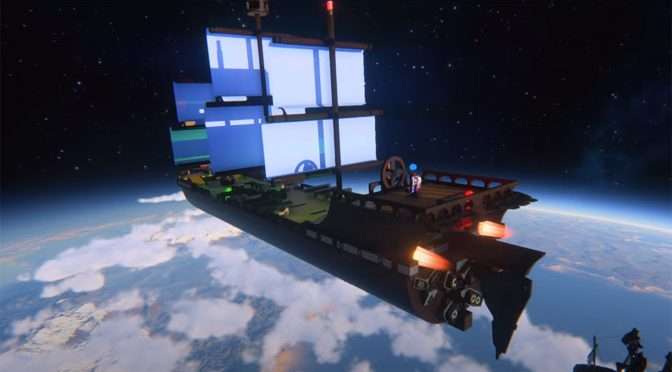 After fine-tuning, polishing, and improving the game thanks to player feedback over the course of two years of beta, developer Novaquark has announced that genre-redefining, multi-planetary MMORPG Dual Universe is now available on PC via the title’s official website and for the first time on Steam. Players can also enjoy the game on almost any computer via NVIDIA’s cloud-based platform GeForce NOW.

A free Steam trial for Dual Universe, which runs separately from the game’s main persistent server, is also available. The trial is designed to give curious sci-fi fans a comprehensive overview through accelerated gameplay.

Ten thousand years after a neutron star collision destroyed Earth, humans awake from cryosleep in an unknown galaxy. As settlers of distant space, they must reboot society in a sandbox shared by everyone. Dual Universe is a groundbreaking, single-server experience entirely built and driven by players, thanks to the game’s innovative voxel-building technology.

Players are free to become miners, captains of industry, artists, or other professionals in a free-market economy completely influenced by their own actions. Players can build their wealth through mining, ore processing, cargo ship manufacturing, weapons system brokering, and more. Build connections, collaborate, or compete. Make decisions that span an entire solar system. The role that players choose to have in the game’s ecosystem depends entirely on their actions, and not on predetermined classes.

“From military, industrial, and economic advancement to space and planetary exploration, Dual Universe‘s scope of gameplay is unparalleled,” says Nouredine Abboud, CEO of Novaquark. “Players can utilize the most advanced voxel-based tools on the market to build anything from high-tech industrial complexes and adrenaline-inducing race tracks to colossal warships and orbital space stations. Our passionate community has impressed us time after time with their creations during the game’s beta. We can’t wait to witness players unleash their imagination once more across the far reaches of Helios.”

“Dual Universe was made with a variety of players in mind. They can choose to travel through the cosmos alone or team up to build alliances, cultivate markets, wage wars and negotiate peace,” adds Cyrille Fontaine, Creative Director at Novaquark. “The fabric of Helios will always be in flux due to the choices of its intrepid explorers, plunderers, miners, and pioneers. It is the ultimate sandbox. We’re more excited than ever to deliver an experience that lives up to the game’s incredible potential.”

Previous Dual Universe players can enjoy a free two-week long opportunity to come back and see the improvements of the game for themselves, while all players with an active subscription will have access to a Talent Point (XP) booster for the first six months after release.