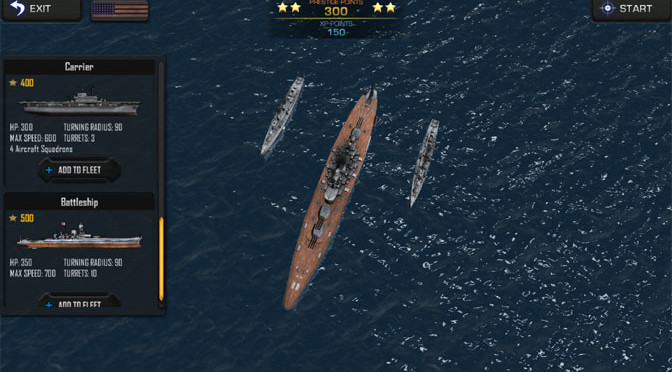 To honor the anniversary of the Dec 7th 1941 attack on Pearl Harbor, Mythical City Games is proud to announce that it will donate 50% of its profits from Dec 5th 2015 to Dec 7th 2015 of Battle Fleet 2 sales to the Pacific Historic Parks and USS Arizona Memorial located in Pearl Harbor, Hawaii.

Battle Fleet 2 is a true naval combat sim set in the WW2 era, with battles taking place across the Pacific and Atlantic. Players manually control each ship’s loadout, as well as maneuvering each ship in true turn based combat. Firing on enemy ships is done via power and angle controls, much like Worms or Scorched Earth. Ballistic weapons use real time collision physics, allowing you to use terrain of islands as cover or even allowing individual shells to take out key systems such as enemy guns, flight decks, rudders, and so on.

Battle Fleet 2 was reviewed by Gameindustry.com and received 4.5 of 5 GiN Gems!

Find out more on the Battle Fleet 2 website at http://www.battlefleetgame.com or on Steam at http://store.steampowered.com/app/332490