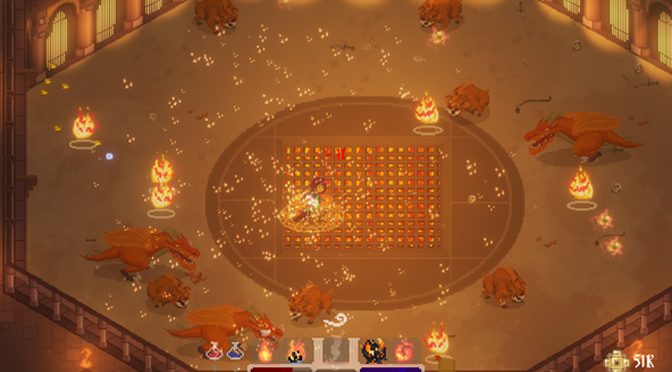 To celebrate the pixel art game’s launch, the company released a new launch trailer and announced special launch pricing of $8.49, a 15 percent launch discount off the game’s normal $9.99 MSRP. An Xbox One version of the title is currently in production and will launch at a later date.

Gift of Parthax is a 2D top-down arena fighter featuring a gothic pixel art style that puts players in the shoes of Arif, a mage on a quest to save his friend. To do so, he must defeat all enemies in Atixa’s grand arena—and receiving the Gift of Parthax may be his only chance to do so! Players will unleash Arif’s power as they attempt to survive five seasons of challenges with waves of mobs and mighty bosses using customized and enhanced spells.

“Gift of Parthax invites players to experience a retro-themed world of magic, pixels, and punishing arena combat that will test the skills of even the best RPG wizards,” said Nikolay Baryshnikov, VP of 1C Entertainment. “Prepare your spellbook, sharpen your strategies, and see if you have the magical skills to triumph in the grand arena of Atixa!”