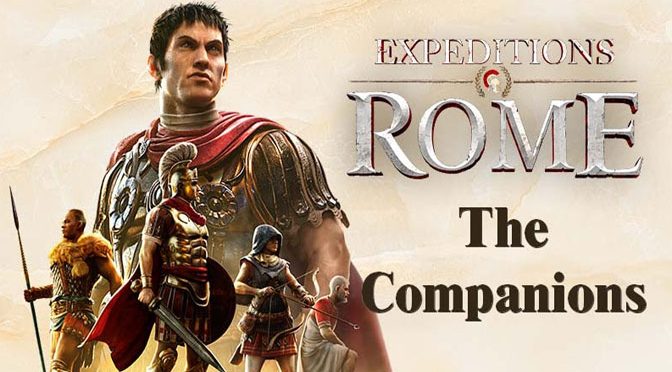 Expeditions: Rome will release in less than a week – time to show off the companions of your Legatus! During your adventures in Greece, Africa, Gaul, and Rome you will meet five different party members that you will be able to add to your band of heroes, called the “Speculatores.” There is the wise servant Syneros, who is a healer on the battlefield as well as the voice of reason in dialogues. Former Gladiator “Bestia” Tabat is a lightly armored, very agile, and ferocious melee fighter who uses two weapons to overcome his enemies. Julia Calida is the person to ask when it comes to stealth maneuvers or covert operations, while Centurio Caeso is the prototype of a heavy roman infantry soldier.

Each of the Speculatores will be introduced with a short trailer, and on top of that, we also have the Extension Trailer ready to be shown off. This is the new trailer, and you can find the companion movies from there.

It presents the special Twitch-Extension made for Expeditions: Rome and how a gang of well-known content creators made use of it. When Expeditions: Rome launches on January 20th, the extension, as well as the Twitch-drop campaign, will be available again.

Want to try the game for yourself? Download the Expeditions: Rome demo now on Steam.