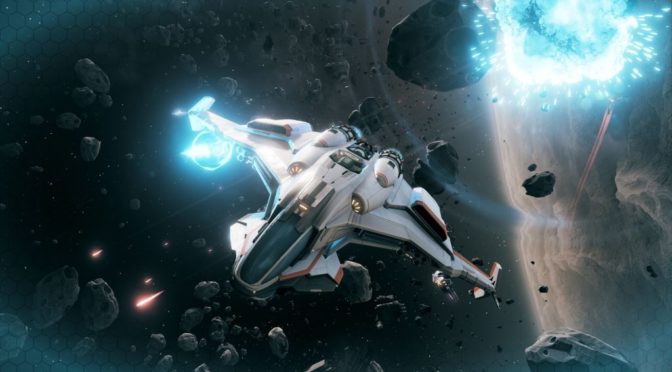 Hamburg-based indie developer ROCKFISH Games just announced the last major EVERSPACE update before the full game version is released. As of now, version 0.7 of the action-packed roguelike space shooter is ready to download on Steam, GOG.com, Xbox One, and on the Windows Store. Together with the digital full release on May 26, 2017, a boxed PC version for €39.99 will hit retail shelves in Germany, Austria, and Switzerland, distributed by EuroVideo Medien. In Poland, the Czech Republic, and Hungary, the boxed version will be distributed simultaneously by Techland. 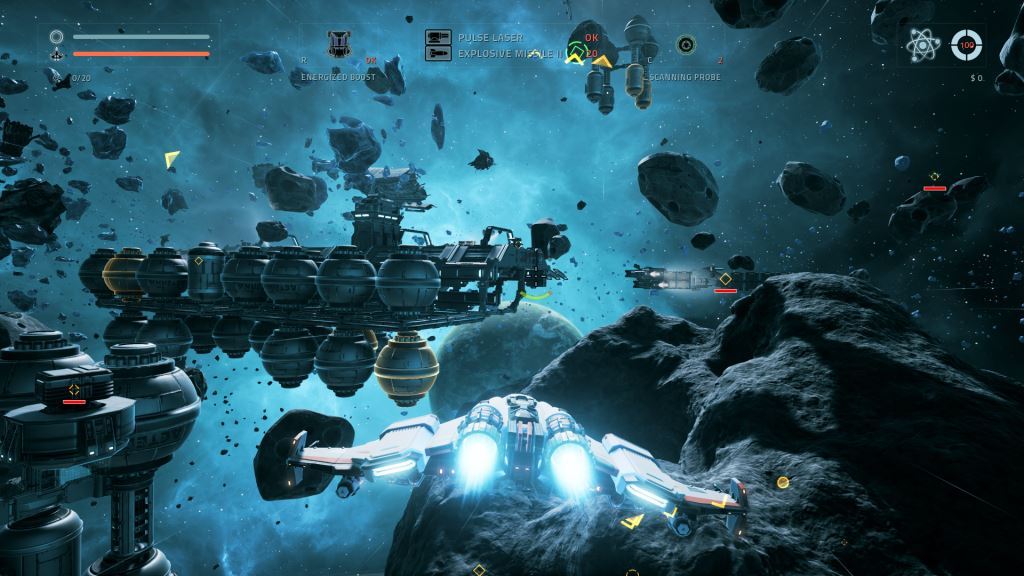 In the latest update, players will encounter the remnants of a mysterious alien race known only as “The Ancients.” Ruins built by the technologically-advanced race hold teleporters that work as shortcuts, letting players skip some locations on their journey. The ruins also contain valuable Glyphs, which function similarly to the previously introduced Sub-Routines but with far more fantastical effects, affecting overall playstyle immensely. Getting these Glyphs will not be an easy task: players must first confront the mysterious Ancients themselves.

Functional cockpit displays have also been added for all player ships. In addition to extant HUD elements, players will now be able to see the component damage overview of their ship, as well as information about locked targets. With this addition also comes an option for purists to turn off the HUD elements entirely in first person mode and rely solely on cockpit instrumentation.

The popular Colonial Gunship, already upgraded in previous releases, gets another new and exclusive device: the Missile Turret. This mighty piece of equipment automatically fires salvos of powerful homing projectiles, with the downside of having a longer reload time between shots.

Along with these massive additions, the newest update fixes occasional crashes encountered on the Xbox One in the recently-added Colonial Stations, includes backer names from the crowdfunding campaign in several game locations, and significantly enhances the game’s overall performance and visual quality.

The complete changelog of all updates is available on the official EVERSPACE forum (requires registration): https://forum.everspace-game.com/categories/news.