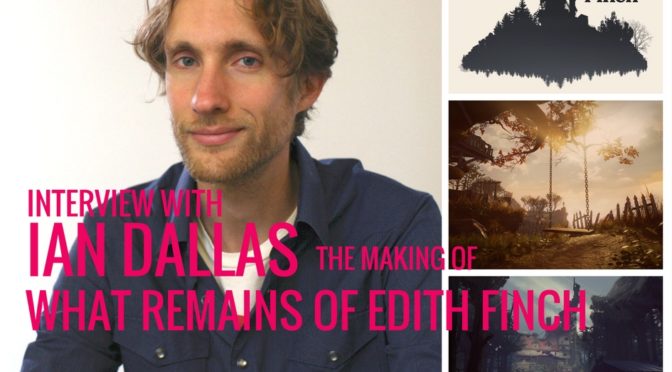 Giant Sparrow is the developer of Unfinished Swan, the whimsical game, set in a fairy tale kingdom that enchanted people back in 2012. On 25 April, the studio’s second game, What Remains of Edith Finch is released and I talked to the creative director, Ian Dallas.

What Remains of Edith Finch has more than a hint of the Gothic about it, with a crooked billet of a house in the middle of the woods, which holds the story of the mysterious Finch family. One look at the trailers and people may think this is a horror, but I had early access to a level of the game, which dissolved all those expectations in the most delightful way.

What Remains of Edith Finch maintains the fairy tale feel of Unfinished Swan, but takes a visual departure from Giant Sparrow’s first game. In this interview, I discuss the themes that run through both games and ask Ian about his influences, as well as the literary inspirations and some of the key development decisions.

Jump down the rabbit hole with me for this chat with Ian Dallas. What Remains of Edith Finch will be out on PS4, PC and Mac on 25 April 2017.