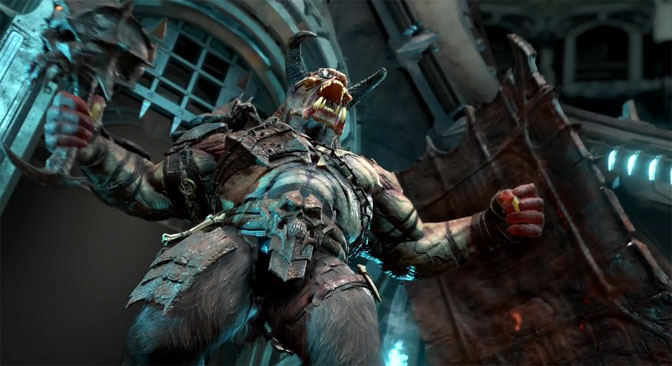 Developed by id Software, DOOM Eternal was awarded Best Action Game and Best PC Game at E3 2019 and has appeared on more than 350 ‘Most Anticipated Games of 2020’ lists. It is the direct sequel to DOOM, winner of The Game Awards’ Best Action Game of 2016.

“DOOM Eternal is the most ambitious game our studio has ever created,” said Marty Stratton, Executive Producer at id Software. “The scope and scale of the campaign and BATTLEMODE are a true testament to the passion and talent of everyone at id Software. We’ve had a blast making DOOM Eternal and we can’t wait for players to experience the thrill of this epic journey.”

Experience an aggressive and engaging combat puzzle that challenges you to master new abilities and weapons in the biggest, fastest, deepest DOOM game ever created. Powered by idTech 7 and set to an all-new pulse-pounding soundtrack composed by Mick Gordon, DOOM Eternal expands on everything players loved about DOOM (2016), featuring a refined combat loop, new and returning classic demons, a powerful new arsenal, and unbelievable, never-before-seen worlds.