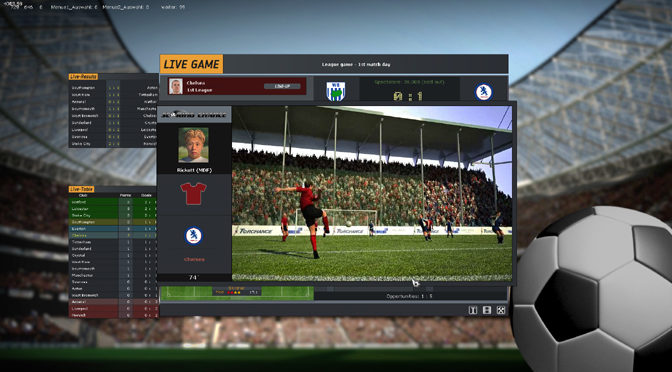 Publisher 2tainment and development studio Big Blaze are today pleased to announce the release of the latest edition of their successful football management series for PC. Club Manager 2017 is now in stores and available as a digital download on Steam.

For years the Club Manager series has numbered among the best-loved football management games on PC. Under the motto “By fans, for fans!”, Club Manager is developed by fans who now have more than 20 years of experience and a real passion for football running through their veins. With Club Manager 2017 and its numerous new features and countless detailed improvements, the development team have set a new benchmark for manager simulations.

Club Manager 2017 provides a modernised graphical interface and new atmospheric soundtrack, along with numerous other innovations. By popular demand from the fan base, it is now for the first time possible to follow live games in text mode. In addition, the contents of training sessions can now be set individually for each player. In transfer or contract negotiations, there is the option to return to the negotiating table. And if you wish to simplify the manager’s life, you can instruct your assistant manager to line up the “fittest eleven”.

Other new features: The chance to launch your career in the English league or one of four other national leagues. The option of directly searching for particular talents makes looking for new play-ers significantly easier in contrast to previous games. For the first time, players can be purchased throughout the entire season.

A powerful editor complete with extensive customization options, such as the free changing of player and team names, give players of Club Manager 2017 the unique opportunity to put together their dream team and league.

The printed handbook included in the DVD case not only provides budding football managers an easy introduction and an overview of all the features, but also includes numerous professional tips straight from the developers.