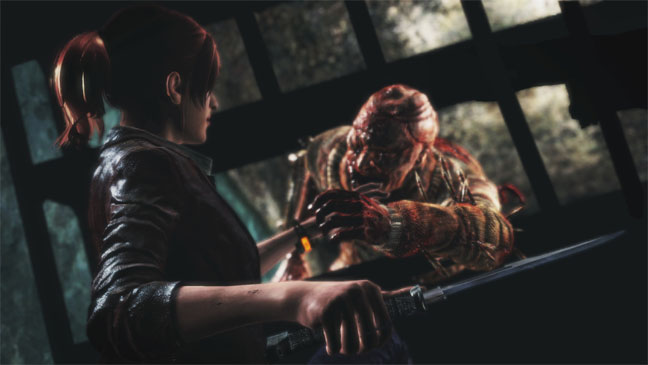 Evolving the episodic chapter set-up of the original Resident Evil Revelations, Resident Evil Revelations 2 will initially release as a weekly series of episodic downloads. Each of the four episodes will feature hours of terrifying gameplay ending with dramatic cliff-hangers that will leave players fully engrossed and anticipating the next twist in the gripping horror story. A digital download option of the Complete Season will also be available to ensure fans can get each episode as it rolls out, and a retail disc version will arrive following the final episode. Both the disc version and the Complete Season will include additional game content, which will be detailed in the coming weeks and months. With the variety of options available, Resident Evil fans will have more choices available to them than ever before.

The beginning of the Resident Evil Revelations 2 tale sees fan favorite Claire Redfield make a dramatic return to the horrors that haunted her in the past . Survivor of the Raccoon City incident depicted in previous Resident Evil games, Claire now works for the anti-bioterrorism organization Terra Save. Moira Burton, new recruit and daughter of Resident Evil legend Barry Burton, is attending her welcome party for Terra Save when unknown armed forces storm the office. Claire and Moira are knocked unconscious and awaken later to find themselves in a dark and abandoned detention facility. Working together, they must find out who took them and to what sinister end. With the terrifying Afflicted enemies waiting around every dark corner, players will need to use their ammo and weapon supply wisely, in classic survival horror style. Will Claire and Moira make it out alive and discover what’s led to them being taken to this remote island? Who else will they come across? A story of twists and turns will have players guessing the next step at every turn.

Fans will be able to share in the experience and participate in the weekly conversation around the drama when it releases early next year. Capcom will be releasing details on how fans can join in and start speculation on the horror event of the season soon. Keep your eyes on the Resident Evil Facebook page and the official website www.residentevil.com for all of the series chatter as it happens.

In addition to the episodic story mode, Resident Evil Revelations 2 will have additional play modes. More details will be revealed at a later date.