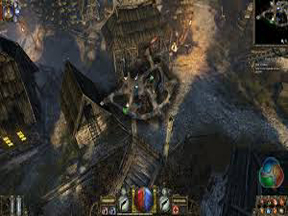 NeocoreGames announced today that The Incredible Adventures of Van Helsing III, the third game in the gothic-noir action RPG series, will be available on Steam this Friday, May 22, 2015 – exactly a year after the second game in the trilogy was released. NeocoreGames has also revealed the final two classes featured in the game – the long-ranged weapon specialist, the Bounty Hunter, and the weapon-heavy Constructor.

The Bounty Hunter is a long-ranged weapon specialist who relies on physical damage and uses mechanical seekers to track down, taunt, and mark his enemies. The Bounty Hunter can explore dangerous areas from a safe distance sending in his decoys to lure out the monsters or make them vulnerable to the attacks.

Similar to the Bounty Hunter, the Constructor likes to keep a safe distance from its enemies. The advantage the Constructor has is his vast gun platform, which summons his mechanical allies and rains down destruction on his foes. He can also command his army of turrets, ornithopters and dismemberbots to do his dirty work.

Van Helsing III offers single-player gameplay, four-player co-op online and eight-player PvP, and is the last episode in the Van Helsing trilogy. Van Helsing III will uncover the past of the cheeky companion, Lady Katarina, while carrying over features from the second game, including the tower-defense mini-game sequences, and offers six unique character classes.

The Incredible Adventures of Van Helsing III will be available on Steam this Friday, May 22.