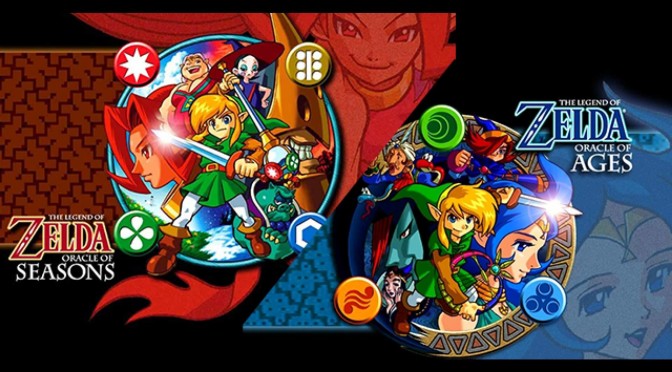 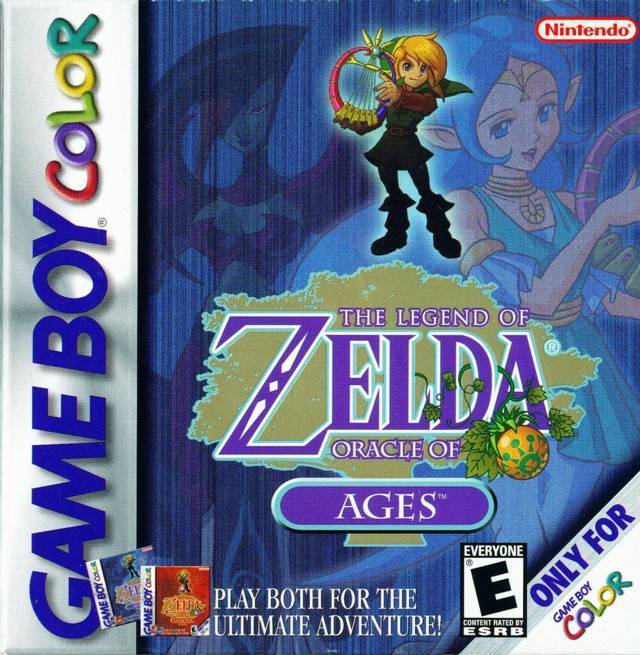 This week I’m cover the other Zelda game in the Oracle sub-series for Retro Game Friday. It’s The Legend of Zelda: Oracle of Ages!

Plot Synopsis: As with Seasons, the Triforce calls out to Link. Link is transported to a forest in the land of Labrynna, where he hears screaming. In a clearing, Link finds a woman encircled by monsters. When the monsters see Link, they scatter in all directions. The woman is Princess Zelda’s nurse, Impa, who asks Link to help her find a singer in the forest. Continuing through the forest, the two find Nayru, a young woman with blue hair singing on a tree stump, surrounded by forest creatures.

Plot: The plot is quite similar to the Oracle of Seasons, and that’s not to say it’s bad. Of course if you played one of these first than used the gameboy connector cable you could play an expanded story in the second game, with an extra boss.

Characters: I enjoyed the cast of Ages more than I did of Seasons, but I think that’s because the game has a blue theme more than anything about the characters themselves.

Art: Same as Oracle of Seasons with a few minor differences due to items.

Music: The same as Oracle of Seasons essentially.

Overall: If you liked Oracle of Seasons you’ll love this one.