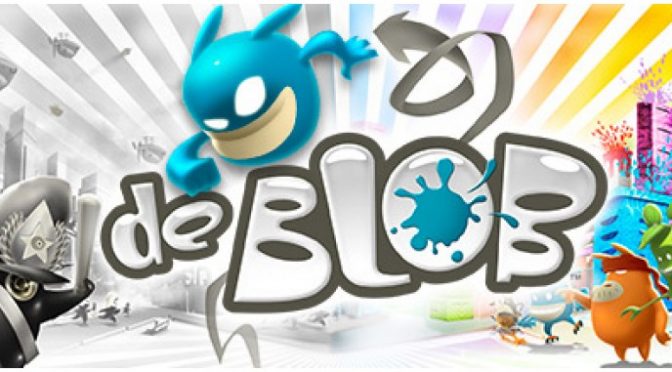 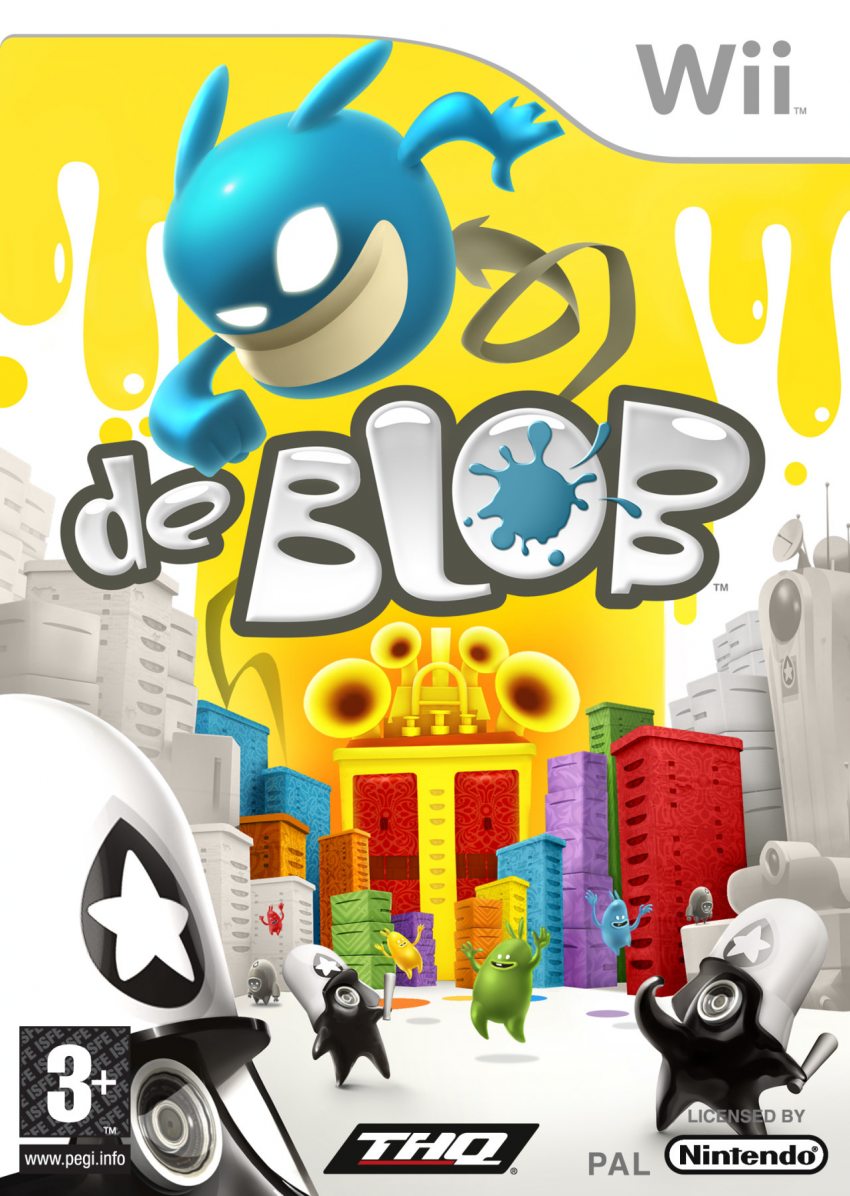 This week for Retro Game Friday I’m back with a cult classic. It’s De Blob!

Editor’s Note: Check out our review of the revised De Blob Game for the Nintendo Switch!

Plot Synopsis: Initially a lively and colorful city populated by its equally colorful and diverse citizens, the Raydians, Chroma City is suddenly invaded by the INKT Corporation. A corporate military dictatorship, INKT is led by the villainous Comrade Black and dedicated to the eradication of color through its “War on Color”. Chroma City quickly falls to the invading army of Inkies and color-draining Leechbots, leaving its landscape barren, its flora withered and its fauna in hiding. The citizens are rounded up and turned into “Graydians”, encased in homogeneous gray prison suits distinguished only by a bar code on the back of each shell. The Graydians are forced to serve as both menial labor and as a living resource of ink, the latter of which is mined literally from their sadness…

Gameplay: The gameplay is pretty simple, you get paint of the three primary colors and paint the world to restore it. It’s nothing amazing, but it’s pretty fun for a while. That being said it’s a bit a one trick pony as the gameplay doesn’t really ever change all that much.

Art: The art is okay, but is dated. Thankfully there are ports with updated graphics to the current generation of consoles including the Switch.

Music: The coolest part of the game, at least to me as a person who knows game design from coding to artwork, is the fact that the music changes as you play. As you continue painting objects the music becomes more and more active, and Blob’s current color determines the instrumental being soloed. It’s pretty interesting, and a brilliant piece of game design.

Overall: If you get the chance, you might want to check this out if it’s on sale.

For those who like: Platforming, Fun Gameplay, Great Musical Score.