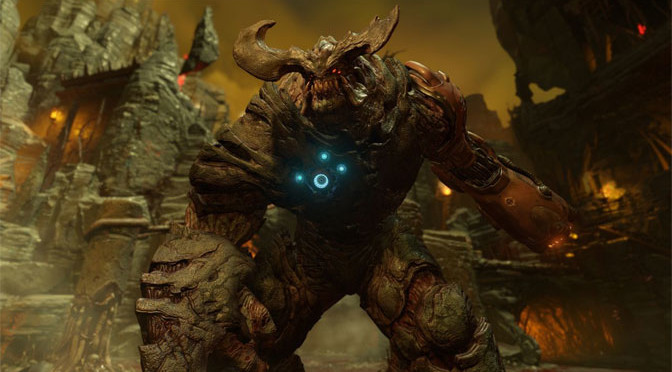 It seems like every year I have to write an obligatory Halloween column about games that have been released recently that may have scared me. Yes, I did one last year which centered on the nightmare that was Alien Isolation, an amazing game that surprised me in how good it was considering that the team who developed it was best known for the Total War series.

But unfortunately I had to leave it unfinished because I thought I was going to suffer a fatal heart attack while playing. I even teased my friends at A Match Made In Halo when they streamed it on their channel to the point where even they were afraid, a running joke I continue to this day.

And yes, to this day I still have yet to finish Alien Isolation.
However, this year has been a different story. Even with getting back to PS4 and with my return to PC gaming (at least games that will run on my laptop,) I have to say there have not been any games that have come out that scared me. Yes, I know about games like Until Dawn, but I have not played them yet, and I only like to write about games that I have played.

And yes, for future games and those who want to claim that the DOOM reboot looks scary, I’m going to say that it didn’t scare me at all, although I’ll stick with the same comments I made at the E3 showing. It is going to be the snuff film that I’ve always wanted to play.

However there are a couple trends that I’ve seen in this industry recently, and they scare me quite a bit. Especially since many are real.

I really did not want to go back to this topic again, after the hell I’ve going through with the Amiibo craze and Harmonix’s intentional limitation of the Xbox One Rock Band 4 Legacy adapter. But now it has to be mentioned again.

With the Xbox One Elite Controller being released, I was hoping I would be able to find one in the area, but after checking several stores, culminating with an official Microsoft Store, none were available. And when checking the Microsoft Store website online, it was listed as “shipping on November 30th.” But of course, that doesn’t stop the eBay gang, as they are already being resold for at least $200, and one greedy reseller is asking for $500 for the controller alone! That’s the same price as the Elite bundle that is supposed to be released.

It’s getting to the point that I’m afraid that if I don’t get anything right away, I will never get it because it will be charged at prices that I would never afford. I just don’t understand why enough supply is never made, and the thought that they make just enough (or less) so they don’t lose too much money terrifies me.

This one I am guilty of as well. Since E3, all I wanted to play is Fallout 4. I’ve watched the Bethesda briefing non-stop. I made my theories about how mods would work on the console, and I wondered how the main character survives a nuclear blast and awakens 200 years later. I counted down the days until the launch on November 10, and just recently I pre-ordered and downloaded the game on my Xbox One, and will stream the game overnight on my Twitch stream right from launch.

Needless to say, I am more than excited for Fallout 4 to come out, but I’m scared that the game might have been overhyped. I really don’t want to be subjected to failure, and while I admit that Bethesda has done very little that would disappoint me, there is still that little ounce of skepticism that might come from the finished product. Please don’t let that happen. I want Fallout 4 to be the best of the year, alongside of The Witcher 3

To finish off, I need to address something that I was hoping that I would never have to ever talk about again. Fanboys are getting way out of hand because of the console they choose. Despite owning both a PC and a PlayStation 4, I have been attacked by fanboys just for being what they like to call an “Xbot” or other terms that I do not want to post on here as I find it offensive as an ally of the LGBT community. As if I wasn’t already sickened by those actions, if you ever get on Twitter it gets worse, as there have been those who would want to kill someone because they own an Xbox One.

Thankfully I’ve not been the victim of any of those posts (yet.)
Have we really gone this far? Anonymity can be a deadly weapon, and if what we are seeing is any indication, I might be saying that quite literally. And I will be honest with you all, this is what terrifies me the most. I really wish we could just be scared of what happens in our games, but sometimes it’s the actions of a select few people in the real world that really scares me to death.

I hope it never goes further than this…