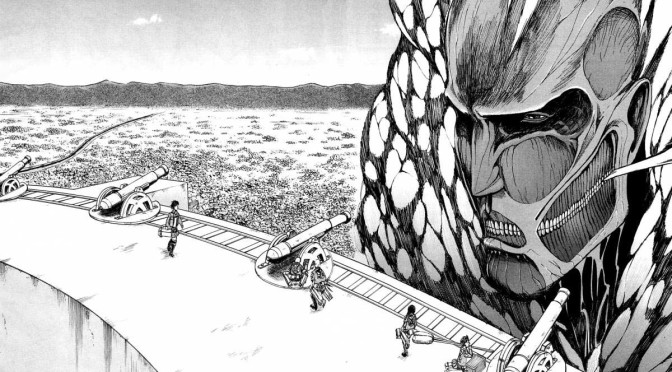 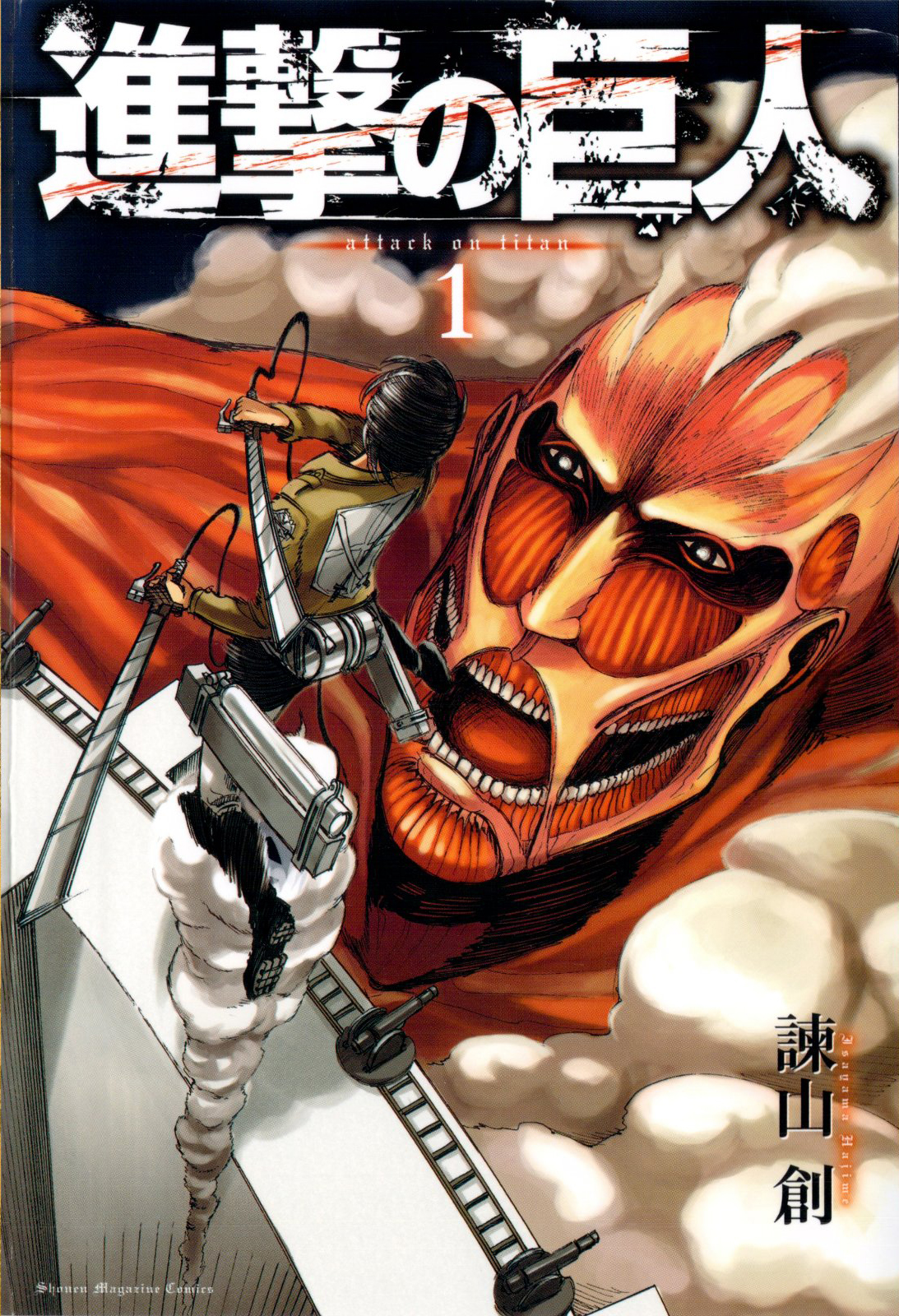 This week, and for this year’s Halloween, I’m covering a series people can’t stop praising for Sensate Saturday! It’s Attack on Titan by Hajime Isayama!

Plot Synopsis: Over 100 years before the beginning of the story, giant humanoid creatures called Titans (巨人 Kyojin) suddenly appeared and nearly wiped out humanity, devouring them without remorse or reason. What remains of humanity now resides within three enormous concentric walls: the outermost is Wall Maria (ウォール・マリア Wōru Maria); the middle wall is Wall Rose (ウォール・ローゼ Wōru Rōze, pronounced like rosé) and the innermost is Wall Sina (ウォール・シーナ Wōru Shīna, alt. “Wall Sina”). Inside these walls, humanity has lived in peace for one hundred years; many people growing up without ever having seen a Titan.

Plot: The plot is gritty, and dark, and so many people fawn over this series it sickens me. I personally have read the series up to current release, but it still has yet to impress me as much as other dark series like Gantz. I think people overvalue this series way too much, simply because it’s so shocking and not something most western countries would even consider writing. That isn’t to say the plot isn’t gripping, it is gripping. It just isn’t super amazing, compared to other master horror series.

Characters: I hate the cast, I never enjoyed any of them personally. They were all too gloomy or self righteous for me.

Art: The only good thing about this series is the artwork which is very detailed, which means lots of gore.

Overall: Overrated, but not super terrible.

For those who like: Horror, Action, Dystopias, Drama, Mystery.

2 thoughts on “Sensate Saturday: Attack on Titan by Hajime Isayama”