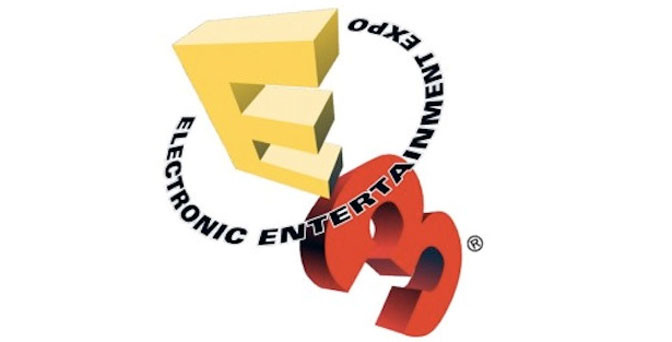 Of course the biggest moments of E3s as of late are the press conferences. This year is going to be no exception, as I want to go over the big events, what they have announced already, and what I hope to hear.

So without any further ado, let’s begin with the only conference SUNDAY night…

Bethesda is going to be in a little bit of hot water coming into their first E3 Expo conference, as the recent console launch of Elder Scrolls Online has not gone real well. Yes, we have seen online exclusive games have issues at launch, but having their “megaserver” crash two days after the game came out is not what they needed at this time. A Fallout 4 announcement at E3 would help ease the burden, except for one problem…they already announced it last week. I’m hoping we get to see in-game footage on the consoles, and a promise to release by the end of the year. I don’t want to see it get pushed back to 2016.

I’m sure we will see more of the DOOM reboot that is in the works, and I hope they announce that the beta that was packed with the Wolfenstein: New Order preorders will be available that night of the event. We’ll have to see, as well as the possibility of a Dishonored 2.

You all know me, being the so-called “Xbot” I am very interested in this one. With some of the hardware announcements already made (including a 1TB Xbox One console and a new controller featuring a 3.5mm headphone jack, as well as a wireless PC adapter for X1 controllers) Microsoft is hyping their conference as nothing but first party exclusives. Halo 5: Guardians, Rise of the Tomb Raider, and Forza Motorsport 6 are a definite, and I’m hoping we get to see more of Quantum Break, Crackdown and Scalebound, as well as Gears of War 4. (which unlike another “professional” site who decided ist’s not important for E3, we are very interested in seeing.) But what I’m really curious to see is if they will announce the rumored Joe Montana Football 16 that I mentioned a few months back. If they are able to announce it with a full NFL license (which I still have my doubts over) we might finally see the end of the Madden dominance once and for all.

Despite hearing the conference would be all first party, I do hope they do mention some third party elements (similar to what was done with Witcher 3 last year) especially to put the CoD Sony content rumors to rest. I have a feeling that is going to change. I’m also hoping that some of the games shown will showcase Windows 10 and DirectX 12 being run straight off a console.

Obviously Star Wars: Battlefront will be shown, but as someone who never cares for the Battlefield style games, it is not a title I’m interested in seeing. However, the recently announced Mirror’s Edge: Catalyst is, and I really hope it gets shown in action, and not just a trailer. Of course we’ll see all the EA Sports titles, and I want to see how Madden will fare with the previously mentioned Montana 16 on the way. Mass Effect 4 will be worth seeing, as well as Titanfall 2.

Then there’s that Need for Speed release, which is rumored to be a return to the Underground series. We’ll have to see.

Assassin’s Creed: Victory is a no-brainer, and hopefully it will work out better than Unity did. But it’s Rainbow Six Siege that’s got all my attention. The unveil last year was amazing, and with a year in progress I have a feeling it’s going to be one of my highlights. Hopefully we’ll see more of The Division as well, and if the delay will make the game better than expected. We’ll probably see Watch Dogs 2 as well, but it would take a lot to really win me over after the bland first attempt.

I’m going to be honest with you all, and yes I know I’m hearing cries of “Xbot” again, the PlayStation 4 really needs to do something to win me over. Early reports from Andrew House calling their first party lineup “sparse” has got me concerned. And no, remasters such as the Uncharted Nathan Drake Collection are not going to win me over. Same with indie games. I want to see more first party AAA games that show off what the PS4 can do. Yes, Uncharted 4 will be shown, but that’s another title coming out in 2016. I don’t want this to be Nintendo a few years back. I want now, to feel like my $400 was not put to waste!

I’m sure also we will get some showings involving Project Morpheus as well as PlayStation Vue and PlayStation Now.

While Kingdom Hearts fans will be drooling over seeing KH3, it’s Deus Ex: Mankind Divided that makes me want to see how they can improve on the amazing Human Revolution. That might be the only Square Enix title I’m curious about, and yes I know about Final Fantasy XV.

Word of warning, Nintendo, if I hear Iwata come out and say “please understand” one time, I will walk out and disavow anything you provide. I’ll even go as far as selling my Amiibo collection and everything along with it. With the Wii U falling behind in sales, they need to wow me, and I’m hoping that Star Fox Wii U will do that, as well as Mario Maker. However I’m sure Nintendo is going to spend a lot of time talking about their rumored NX console, in addition to all the upcoming 3DS titles.

But if you really want to win me back to your stable, Nintendo, I only have one request…F-Zero UX!

Aside from the big conferences there are a lot of other games I’m looking forward to seeing, including Rock Band 4, MGS V (even with all the trouble Konami suffered lately) and Elite: Dangerous. Let’s hope that this E3 proves to be quite memorable for all the good reasons.

Currently Playing: Elder Scrolls Online (Xbox One, sort of thanks to the Megaserver crash) The Witcher 3 (Xbox One)