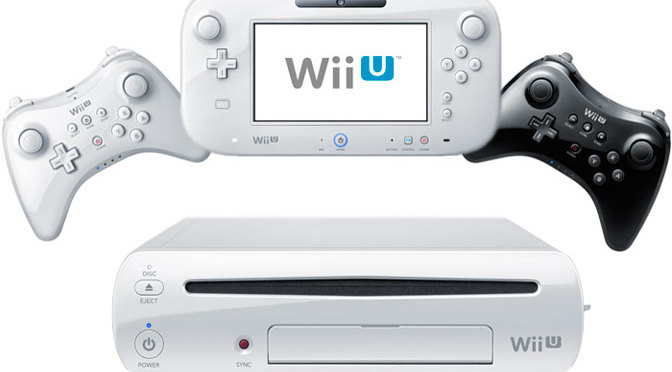 Sometimes I learn to regret mistakes that I have made over the course of a year, especially incidents that result in buyer’s remorse. However, I am doing what I can to remedy those problems. Last year if you recall shortly after the E3 Expo show, I sold my first Wii U console over my outrage of having to wait until after the holiday for good games to come out. Since then, there have been a ton of Wii U games that I now want to play: Bayonetta 2, Mario Kart 8, Smash Bros., and so on. As a result, I recently purchased another Wii U and hope to get into all those games before the start of the new year.

And earlier this year, I ended up selling my PlayStation 4 for the same reason. There were no games that were available that I wanted to play this holiday season. Since the Xbox One is still my go-to system, I could play all the multiplatform titles there (despite Sony’s constant advertising of certain titles as PS4 exclusives that really aren’t.) And when the whole Driveclub debacle occurred, that was the last straw for me. My PS4 was just collecting dust, and it wasn’t doing any good just sitting there when I could get a little extra cash for the holidays. So I sold it, but knew once titles came out I would end up getting another one in the future.

That future might be when a certain title was announced this week as a console exclusive: Street Fighter V. I have to admit I never saw that coming, but yes, Capcom partnered with Sony to release SF V as a true PS4 exclusive. Though reports are saying it’s not coming out for over a year, I know at that time I will end up buying the game, and another PS4 just to play it. Almost like I did when Tekken 3 prompted me to buy my first PS1.

Yes I could go the way of yelling that Capcom sold out, send death threats to Ono and the rest of Capcom, and even post petitions on change.org, but that is not the right way to go. In fact I will get back to that in a bit. The fact is that if I want to play it, I’ll just have to get another PS4. Plain and simple, and I have no problem with doing it.

But something about the SF V announcement really irks me. Almost everywhere I read, especially from the so called industry “professionals,” they are praising the fact that it’s coming out as a PS4 exclusive. To my surprise, some online reviews, Angry Joe in particular, criticized the announcement. And yes, I do know there is a petition on change.org asking to release SF V on the Xbox One as well.

And there should be some criticism for the whole order. Remember back at E3, when Rise of the Tomb Raider was announced as exclusively for Xbox One and 360 come Holiday 2015? What was the result of that? Continuous criticism from the press, petitions to release TR on PS4 (following up on Titanfall and Sunset Overdrive, and even Halo: MCC,) and even death threats to TR writer Rhianna Pritchett! Yet, SF V gets a pass just because it’s going to a Sony console? I know there has been a strong bias in the gaming industry for a long time, but this is getting out of hand.

Microsoft, after the SF V announcement, followed up on their TR exclusivity stating the game will be published by them instead of Square Enix, same way that they published Dead Rising 3 (Capcom,) Dance Central (Harmonix,) and Ryse (Crytek.) And as for whether or not it’s a permanent exclusive, they are standing to their original claim that the exclusivity “has a duration.” Yet still it gets more criticism than the permanent exclusive status of SF V. So much for fair and balanced coverage.

But yes when it comes out I will end up getting another PS4. By then I’m sure there will be more exclusives that I want to play. In the meantime I’ll keep playing my X1, my PC, and again, my Wii U. And in two weeks, I’ll be returning with my two part year in review, and of course, my picks for best and, as always, my worst of the year!