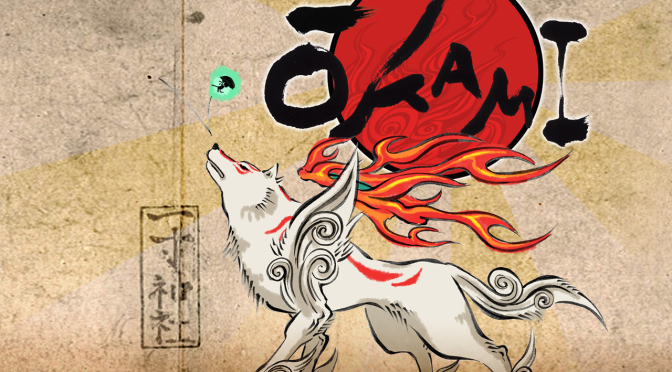 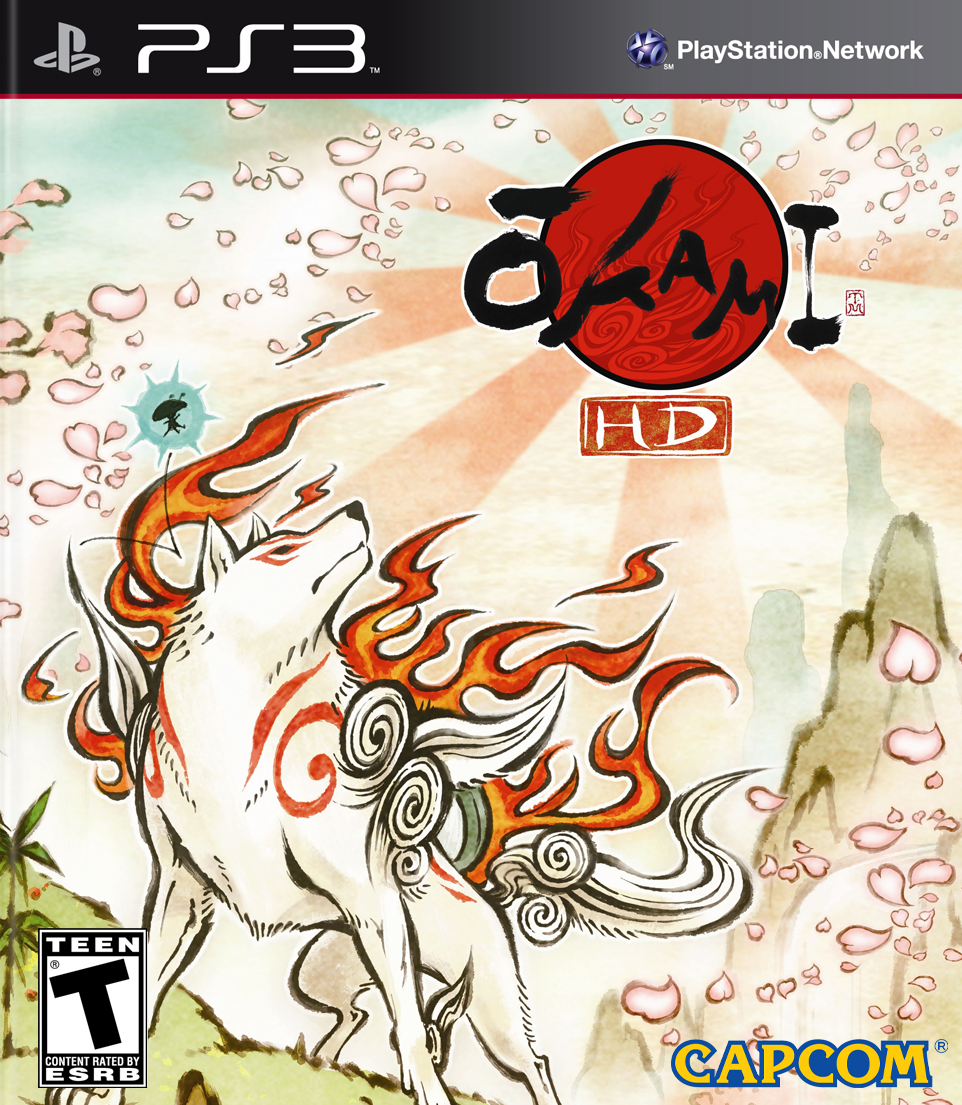 This week for Retro Game Friday I’m covering a classic game that is one of my all time favorite games! It’s time for Ōkami to shine!

Plot Synopsis: The game is set in a Nippon (Japan) based on Japanese folklore, and begins with a flashback to events 100 years prior to the game’s present; the narrator describes how Shiranui, a pure white wolf, and Nagi, a swordsman, together fought the eight-headed demon Orochi to save Kamiki Village and the maiden Nami, Nagi’s beloved. Shiranui and Nagi are unable to defeat Orochi, so they seal the demon away.

In the game’s present, Susano, a descendant of Nagi and self-proclaimed greatest warrior, breaks Orochi’s seal due to the fact that he does not believe in the legend and wants to prove it false; Orochi escapes and curses the lands, sapping the life from every living being. Sakuya, the wood sprite and guardian of Kamiki Village, calls forth Amaterasu, the sun goddess, known to the villagers as the reincarnation of the white wolf Shiranui, and pleads for her to remove the curse that covers the land. Accompanied by the artist Issun (an inch-high creature known as a Poncle), Amaterasu is able to restore the land to its former beauty.

Plot: The game’s plot is great, and while it’s not full of twists and turns it’s still a great story. I won’t say much more other than that the influence of Japanese Mythology is huge, and if you are knowledgeable about it you’ll love the plot even more.

Gameplay: It plays a lot like Zelda, and that isn’t a bad thing at all. That being said I think that it definitely improves on the formula by adding different weapon types you can use for primary attacks. The Prayer Beads are quite fun. The other big feature of this game is to stop time temporarily and draw on the screen with a brush to perform attacks, or solve puzzles. It’s quite well done, and while it was a pain in the ass on the Wii port, the PS3 HD version doesn’t have any issues at all.

Music: The music is amazing, it’s full of Japanese folk music and it’s perfect for this game.

Art: Here is the real kicker and what makes this one of my top games of all time, the artwork for this game is just amazingly well done. It’s just stupendous.

Overall: If you haven’t played this yet, you should play the HD version on PlayStation Network right now!

Not for those who don’t like: Any of the above, but if you hate all of that you aren’t a gamer.