Ok here I am in the middle of my vacation, I’m about to take in a few rounds of Mortal Kombat 11 and not give a care in the world, and then it hits me, wonderful, I have a column due this week and not sure of what to write about. Oh wait, I can write about E3. After all that’s coming up about a week from now. But wait a second? What’s that I hear? Sony is not attending E3 this year? E3 is now considered “irrelevant” by the mainstream press? Then why are they still posting new information every day regarding E3? Maybe it’s time I prove to those who think that otherwise because E3 truly is relevant, and I’m still looking forward to hearing what is coming out.

As always the conferences are going to be at the center of my attention, so let’s see what you should probably expect from each one, and what games I will most be looking forward to.

You all know that the Sunday conferences are the ones I am looking forward to the most. As usual, Microsoft will have the first E3 conference at 4pm eastern, and I’ve been hearing a lot of hype from fellow Xbox fans coming into it. With no direct competition from Sony (aside from the Death Stranding trailer and November 8th launch date that was released yesterday,) Microsoft can concentrate on their latest efforts for Xbox and Windows 10 games. There has been no confirmation about Forza Motorsport 8 (which I’m guessing will be unveiled when the next generation Xbox comes out) but I’m definitely sure we will see more of Gears 5 and the first gameplay footage of Halo Infinite.

On the PC side of things, rumors are currently flying around about Xbox Game Pass also coming out to PC, similar to what EA did with Origin Access. I’m also hearing rumors that if anyone upgrades to the upcoming Game Pass Ultimate, they will get PC Game Pass for free. If so that would be an amazing value for Xbox gamers.

It will also be interesting to see what the newly acquired studios (Ninja Theory, Obsidian, and InXile) as well as their in-house Initiative studio have to show for the future. In addition, will we also hear about new studios joining the Xbox team? I’ve been hearing rumors about Io Interactive being one of them, so we’ll have to wait and see what comes out and what doesn’t.

Then there is the Xcloud streaming service. I will admit as someone who is not a huge fan of game streaming I am not looking forward to this one but again, I am open to be surprised. 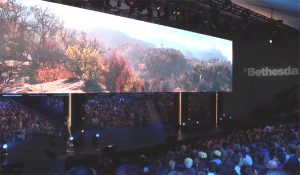 Then later that night, 8:30pm to be exact, we have Bethesda. In the fact, Bethesda’s conferences have been either very good or very bad each year. It depends on all the titles that come out that year. This year, we definitely know we will be seeing more of DOOM Eternal and Wolfenstein: Youngblood, two games that I have a very strong interest in. I’m also sure we will hear more about expansions for The Elder Scrolls Online as well as Fallout 76, and yes I know I hear people groaning about that, but I actually enjoy Fallout 76, and there are others like me who are interested to see what will get added to each universe. Then there is Arkane Studios, who have been rather quiet since the Prey expansions last year. Will they be at work on Dishonored 3? Or even better, a true sequel to Prey?

After that, let’s move on to the next conference I’m interested in, and the second one that takes place on MONDAY: 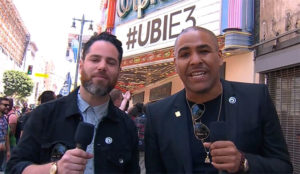 Ubisoft has been the sleeper hit for me as far as all these conferences are concerned. Somehow they always find a way to impress me. Last year it was my game of the year winner, Assassin’s Creed Odyssey, but with no new game coming out until 2020, I’m sure the highlight will be more of Beyond Good and Evil 2, as well as more footage of Skull & Bones and possibly a reveal of Watch_Dogs 3 (rumored to take place in London.) I’m sure Division 2 fans like myself will hear more about upcoming content as well.

Then I will finally be jumping ahead to TUESDAY afternoon: 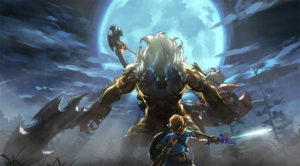 This is where I am sure we will have another Nintendo Direct. Last year’s E3 Direct centered mostly on Super Smash Bros. Ultimate. Granted Mario Maker 2 will come out later that month, I’m sure it will get a mention, as well as the upcoming Pokemon games (Sword and Shield.) I am curious to see if they will mention anything about Astral Chain, or a possible new Animal Crossing, and I am hoping that after the bad news of having to start over development, we will at least hear something about Metroid Prime 4. But again, like I do every year, I have to ask, F-Zero SX? Please? For me?

And no, Fast RMX STILL doesn’t cut it! 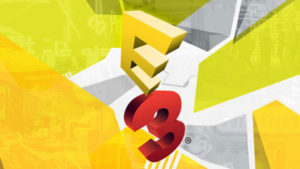 Anyway I will be keeping a close eye on these press conferences as they happen and will give out grades when they are done, as well as talk about any other E3 announcements that catch my attention. But for now, I’m going back on my vacation. I’ll be back in a couple weeks!