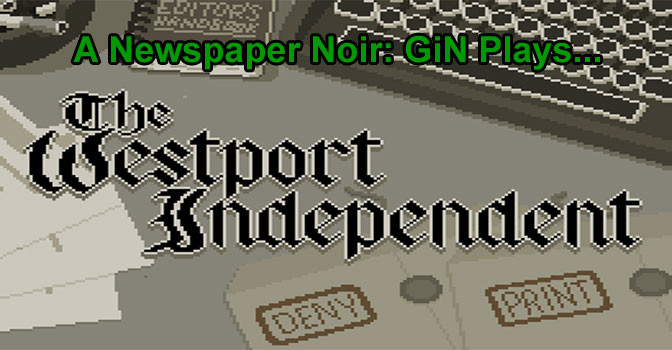 The videogame industry actually has a rich history of using games to make social points, though most are rather subtle in that approach. The Westport Independent is not. In the game, players take on the role of a chief editor trapped between a rock and many hard places as they try to keep their beloved independent newspaper afloat in the trying times of the late 1940s.

The government is trying to censor all newspapers in your fictional country. Reporters are divided on what The Westport Independent should do about it. Some want to back the rebels and push the population into open revolt. Some want to back the newly-installed loyalist government. And if you push too far, one group or the other might try to shut you down permanently, or staffers might “disappear” into the night. As the chief editor, you have to choose what stories to run in your paper, what to promote and what to censor, and how to market the finished product from week to week. Because if the government goons don’t shut you down and the rebels don’t blow you up, you still need to turn a profit to keep the lights on.

Come see how far we would go to keep the beloved Westport Independent afloat through troubling times in this GiN Let’s Play. Could you do any better?