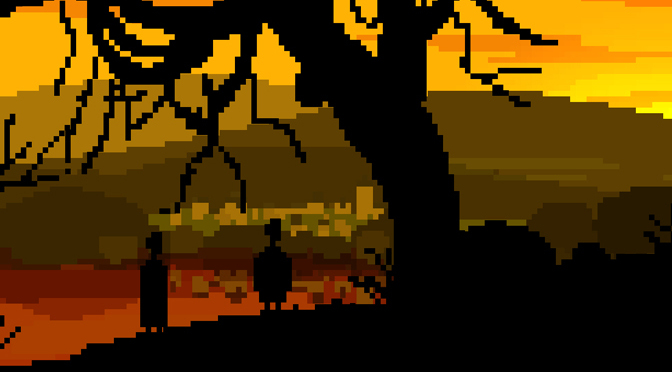 The Last Door Season Two Episode
One: The Playwright

My intentions weren’t to bring you a review of The Last Door Season Two Episode One: The Playwright today, but I couldn’t help myself. The game just released on Halloween, which is very fitting, and I had no qualms about delaying what was supposed to be this week’s Time Waster for it.

As loyal readers likely know at this point, I’ve been covering The Last Door series since it was first released over a year ago. It actually feels like its been longer, but I attribute this to anticipation while waiting for the new episodes. My past reviews show that I’ve really been enjoying the series, and I still am.

The Playwright starts up the second season by putting players in the role of Doctor Wakefield, friend and psychiatrist of Devitt, the protagonist from the first season. The story of the game continues to lead players though mystery after mystery in order to discover the darker things going on in the world. Few answers have been given leading up to The Playwright and that trend continues in this episode. This might disappoint some players, but the narrative of the game is so well crafted that it still does a great job of drawing players in.

The gameplay of The Playwright is that of a point-and-click adventure game. This falls in line with previous entries in the series and it does a lot for the game. There are so many minute details that can be discovered by reading descriptions from clicked upon items that it would be a shame to do it any other way. There are also a few interesting puzzles in this episode that may just stump players for a while.

If you haven’t guessed by the pictures, The Last Door series isn’t exactly one filled with HD graphics. The Playwright keeps this feature and it’s really given the game a style all of its own. Despite the pixelated graphics, there is plenty of detail packed into the game. This episode also adds in a few more close up shots that give players a more detailed look at certain environments in the game.

The audio in The Last Door series has always been wonderful and it hasn’t changed for The Playwright. The game has spot on sound effects that are sure to give players goosebumps. It also has an amazing musical score that is easily worth listening to on its own.

Overall, The Last Door Season Two Episode One: The Playwright is a great addition to the series. It doesn’t provide much in the way of answers to the events in Season One, but it does a great job at moving the story forward. The game features some great puzzles and is filled with wonderful audio. The pixelated graphics may not be for everyone, but you shouldn’t let them stop you from playing this game!

The Last Door Season Two Episode One: The Playwright earns 4.5 GiN Gems out of 5!